Ascania was the fifth of Cunard's six "A" liners. Although she was launched late in 1923, her completion was delayed and she did not make her maiden voyage, from London to Montreal, until 22 May 1925.

She remained on that route until 1939 when, like all the "A" liners, she was requisitioned as an armed merchant cruiser. She was later converted into an infantry landing ship and took part in the invasion of Sicily and the landing at Anzio in 1943.

The only "A" liner to return to Cunard service after the war, she ran on an austerity service from Liverpool to Halifax from 1947 to 1949, and after a 1950 refitting was placed on Cunard's Liverpool-Montreal service.

Ascania again saw service as a troop carrier during the 1956 Suez crisis before being broken up in 1957. 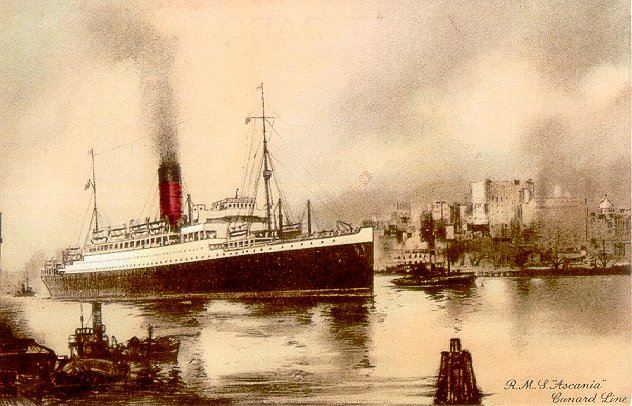 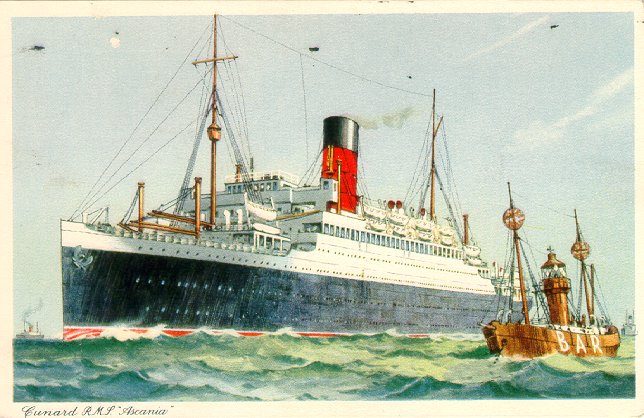 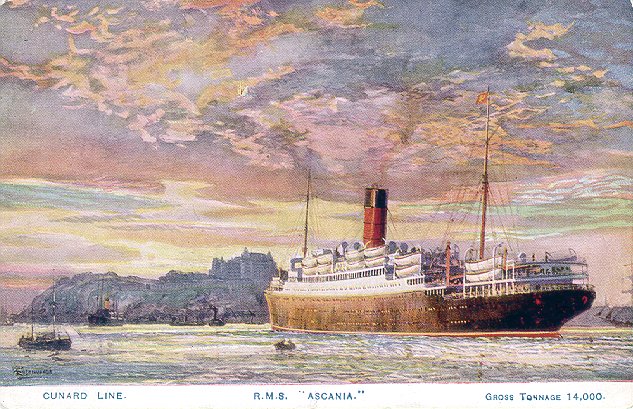