Athenic was launched at Harland & Wolff, Belfast, in 1901, for the White Star/Shaw, Savill and Albion joint service to New Zealand. She entered that service with her 14 February 1902 maiden voyage from London to Wellington. Like all of the ships on that service, she sailed to New Zealand via Capetown and returned to England around Cape Horn.

Due to her large meat-carrying capacity, Athenic was left in commercial service during World War I, although she was operated under the Liner Requisition Scheme during 1917-19 and often carried troops from New Zealand to England. During the War, her route also changed, so that the Wellington-London leg was via the Panama Canal, an innovation which would remain in place after the War ended.

Athenic made her last White Star voyage in October 1927. She was then sold to Norwegian interests and converted into a whale factory ship named Pelagos. Captured in the Antarctic by the German raider Pinguin in January 1941, Pelagos was turned over to a German whaling company, which operated her until she was sunk at Kirkenes in 1944. She was raised and put back into service by her Norwegian owners after the war and remained in operation until 1962, when she was scrapped. 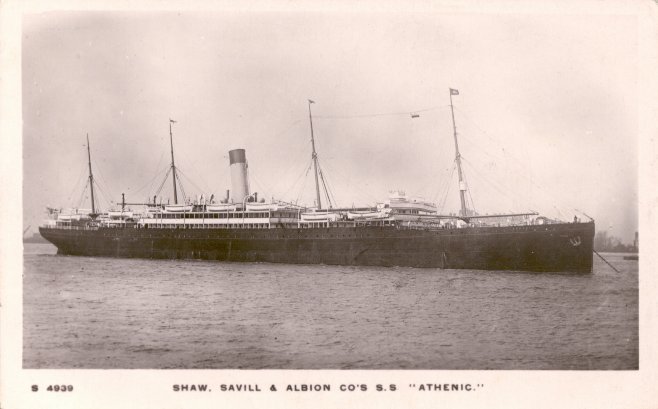 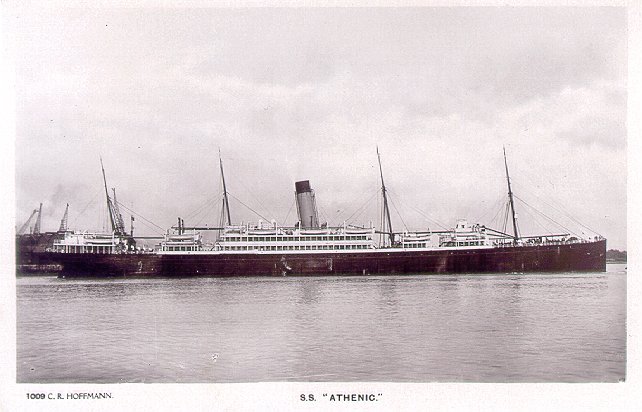 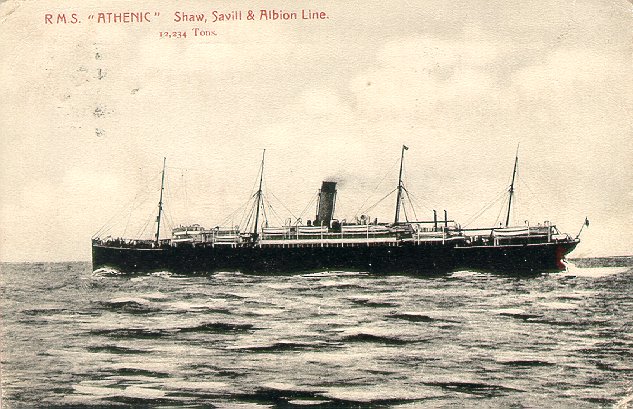