Baltic (II) was the third of White Star's "Big Four" -- Celtic, Cedric and Adriatic were the other three -- put in service in the early years of this century so White Star could provide weekly express service between Liverpool and New York. For reasons unknown, Baltic was always the most popular of these four virtually identical ships.

Baltic was instrumental in rescuing all of the survivors of the Republic-Florida collision on 23 January 1909, responding to Republic's radio calls for assistance. She later served as a troopship during WW I, carrying the Headquarters staff and the first US troops to Europe in May 1917.

Shown alongside Baltic in several of the cards on this page is the tender Magnetic. Built by Harland and Wolff in 1891 and used exclusively at Liverpool, Magnetic was primarily a passenger tender. She also served, however, as a water carrier, tow boat, tug and Mersey cruise boat. Repaired in Liverpool after a 1925 fire, Magnetic was sold by White Star in 1932 and was scrapped in 1935. 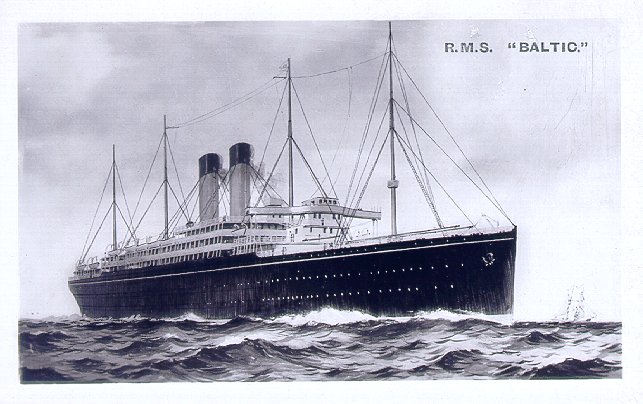 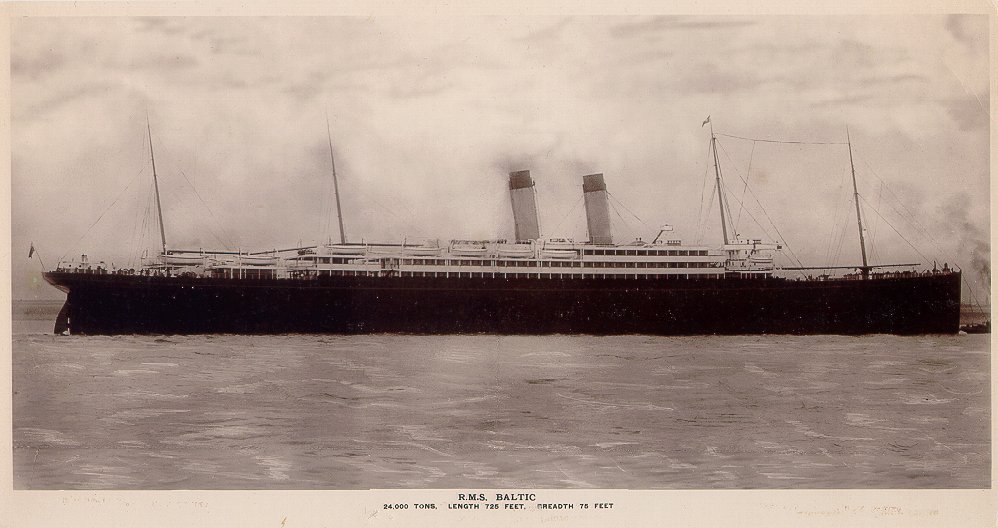 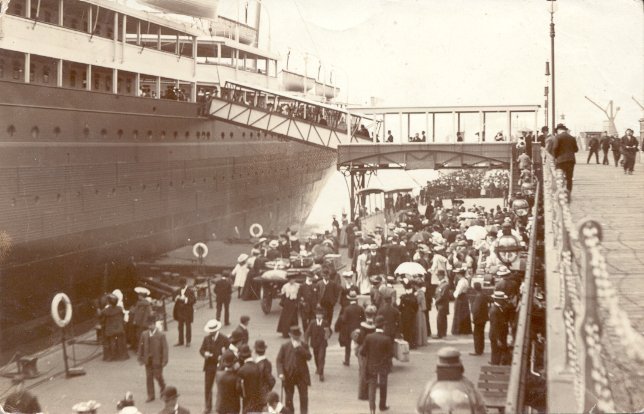 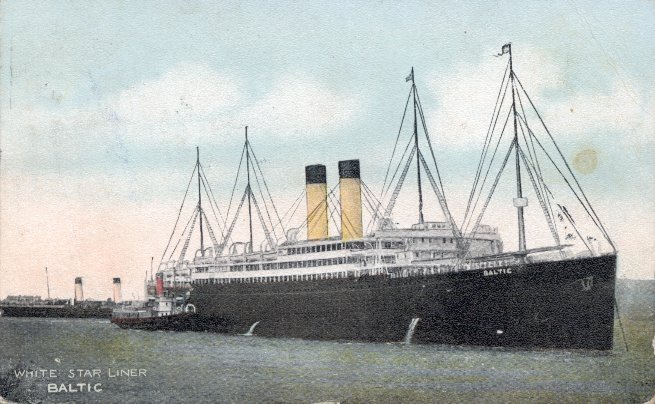 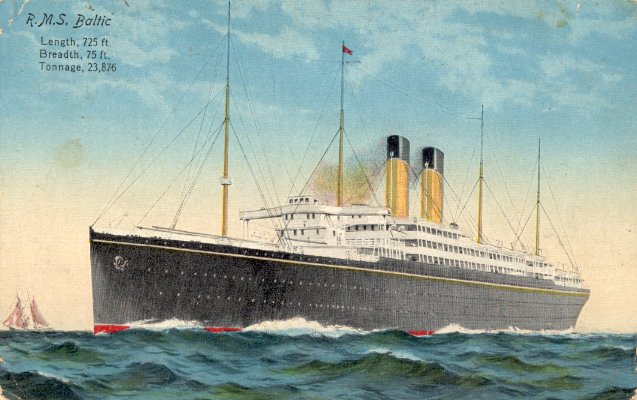 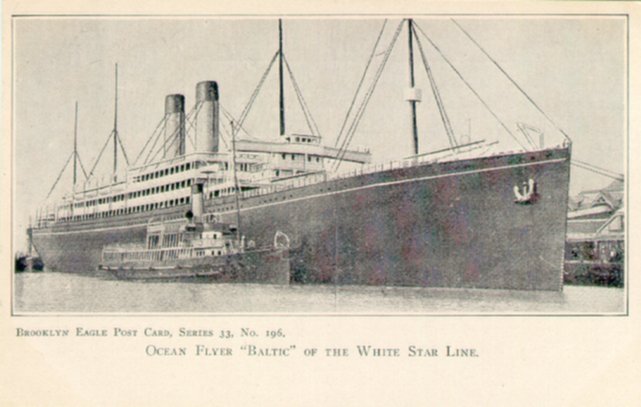 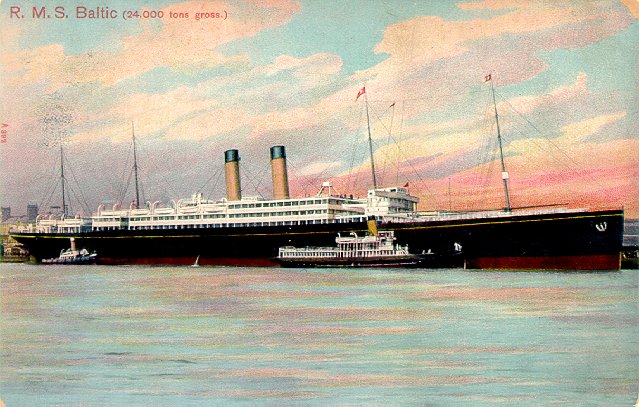 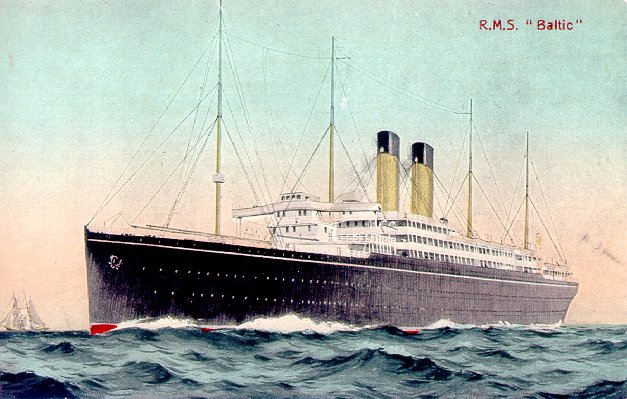 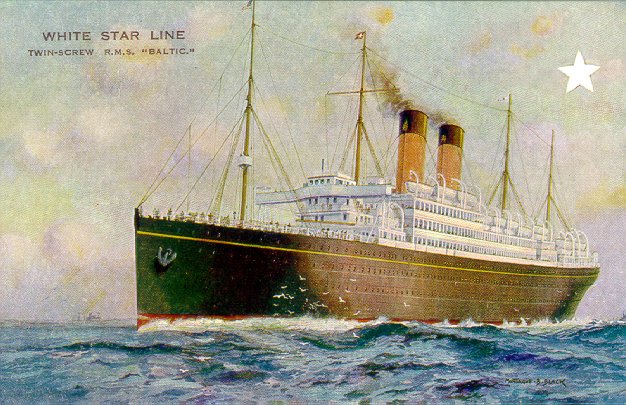 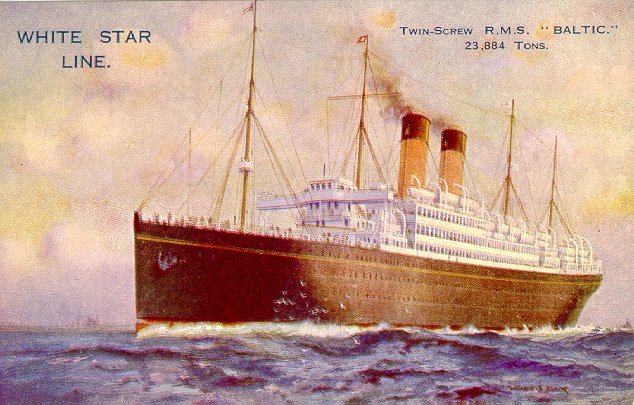 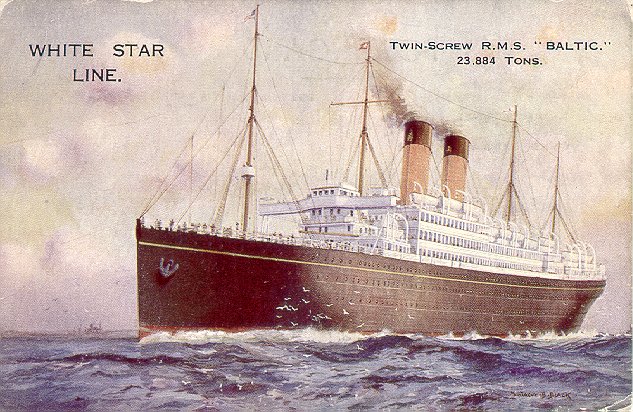 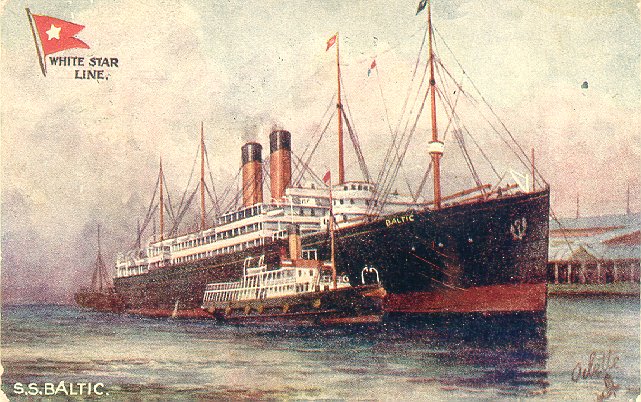 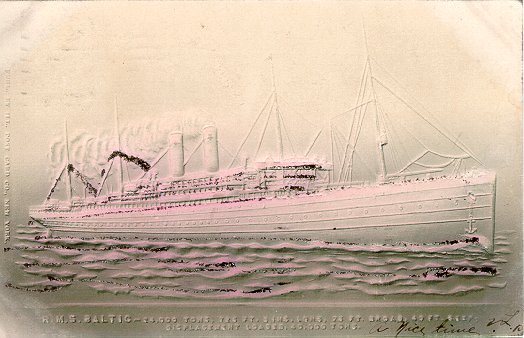 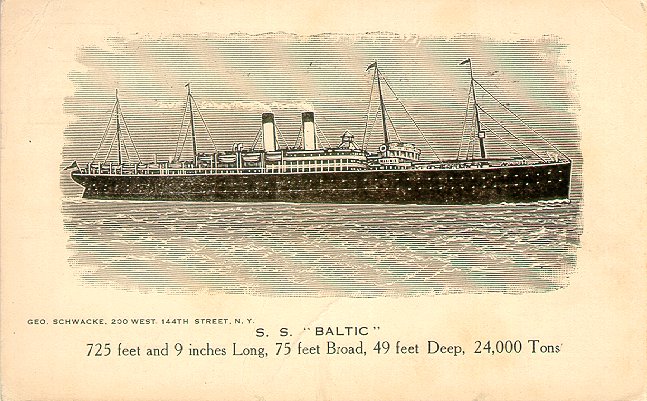 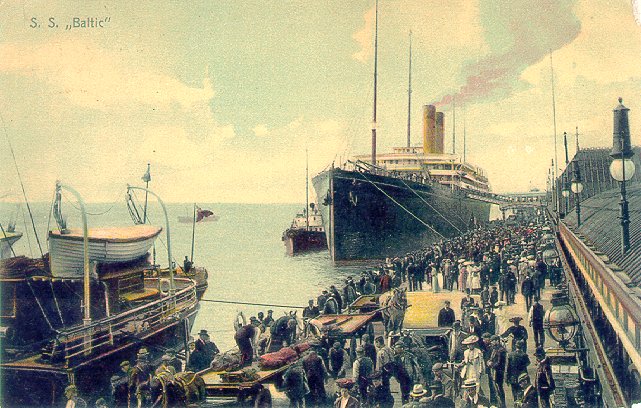 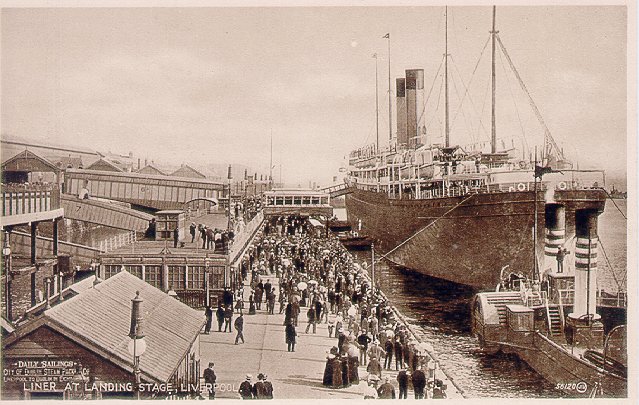 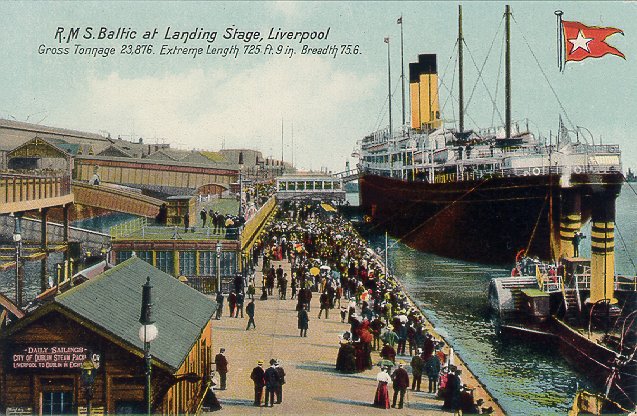 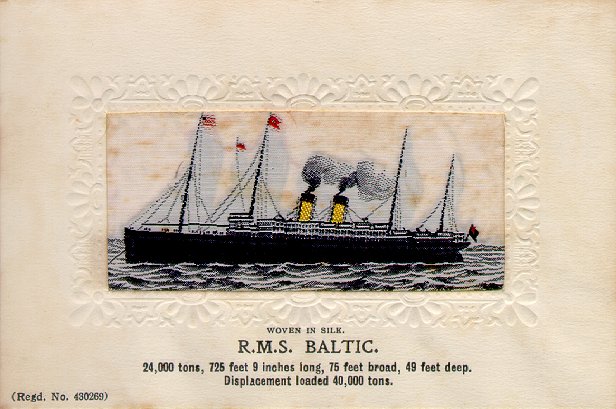 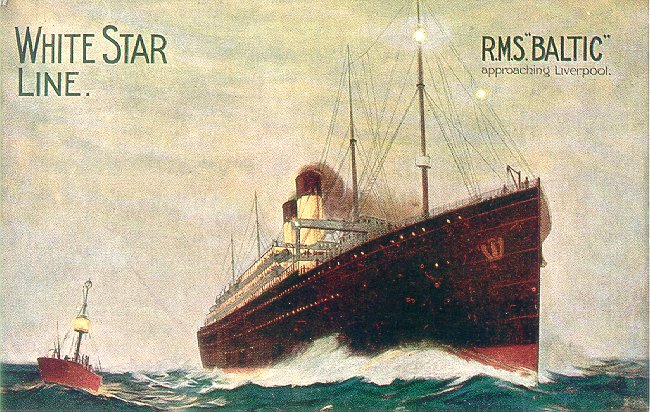 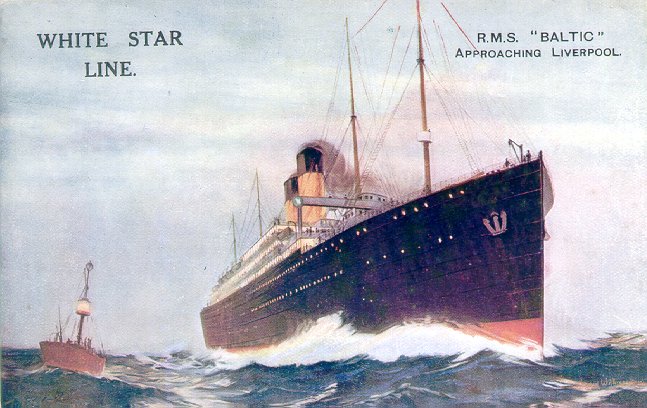 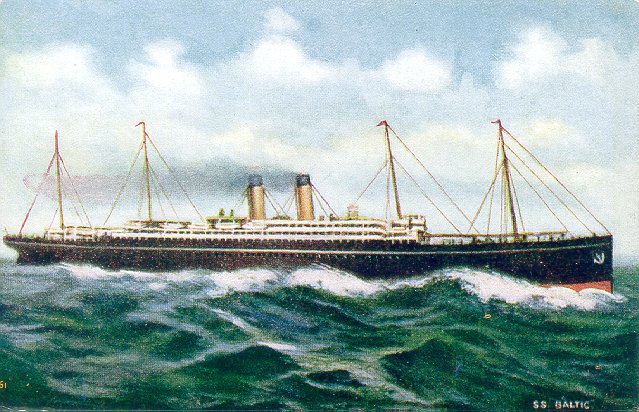 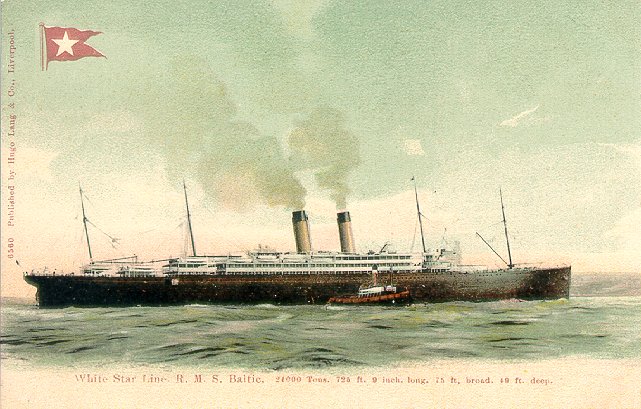 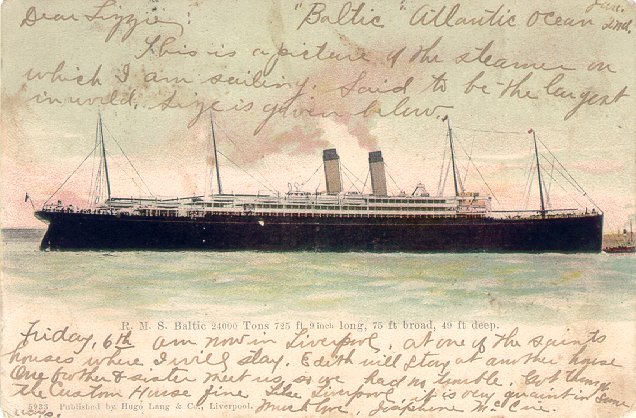 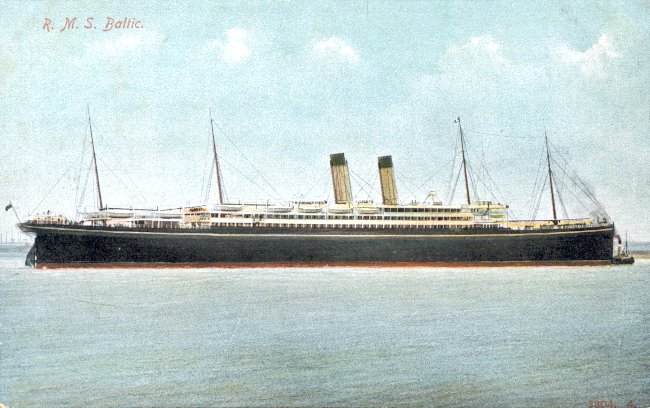 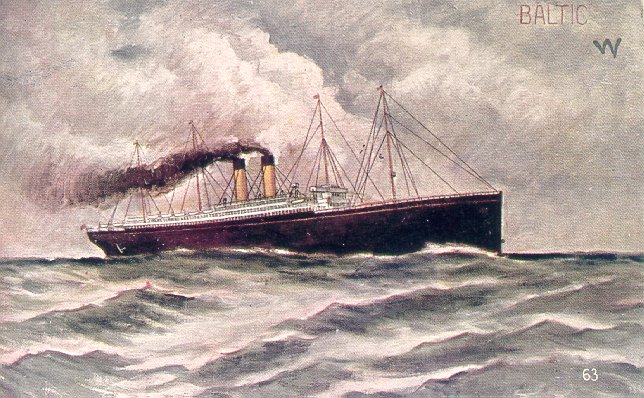