This was the fourth NDL steamer to bear the name "Bremen". The first Bremen, NDL's first transatlantic steamer, was in service from 1858 to 1873. Bremen II, which entered service in 1897, was surrendered to Britain as a war reparation in 1919. Bremen III was a submarine put into service in 1916 by Deutsche Ozean Reenderei, of which NDL was a part, in an effort to maintain freight service to the United States during the war. She was lost on her first westbound trip.

The ship shown here was built by A.G. Weser of Bremen. Launched in 1928, she made a spectacular entry onto the North Atlantic, taking both the east- and westbound Blue Ribands on her July 1929 maiden voyage from Bremerhaven to New York and back. Bremen lost the westbound record to her sister Europa in March 1930, but she held on to the eastbound record until 1935, even beating her own record in the summer of 1933, after improvements were made to her engines.

En route from New York to Bremerhaven without passengers when World War II began, Bremen spent three months at Murmansk before breaking the British blockade of Germany and returning to Bremerhaven in December 1939. Originally earmarked for conversion into a transport for the invasion of England, Bremen was in fact turned into an accommodation ship at Bremerhaven. In March 1941, a disgruntled cabin boy started a fire in a storeroom. The resulting blaze completely burnt the ship out. The hulk was scrapped after the war ended.

This card shows Bremen very early in her career. Soon after she entered service her funnels were heightened considerably because of passenger complaints that the squat funnels shown here caused too much smoke and ash on deck. 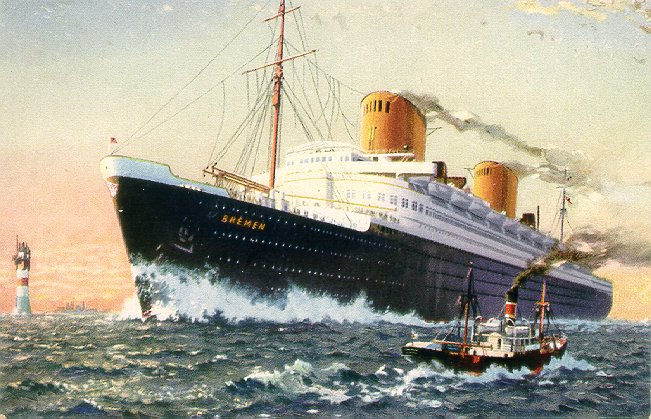 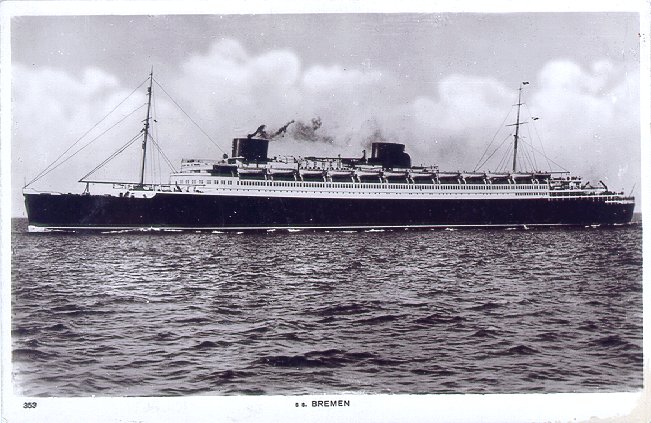 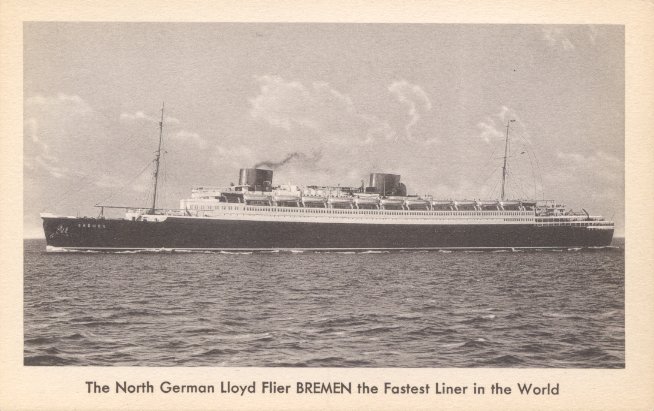 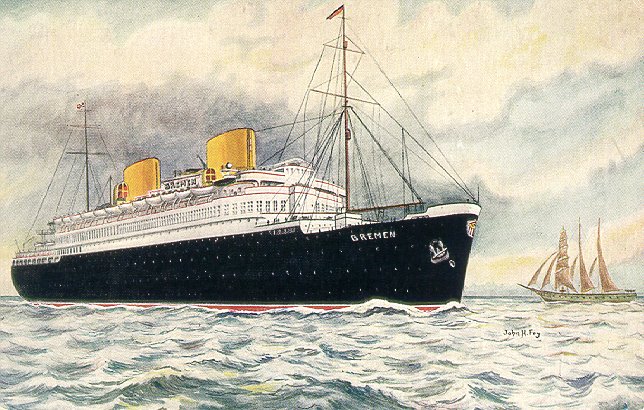