This Britannic, the third White Star ship by that name, was built by Harland & Wolff, Belfast, where she was launched in 1929. Like her nearly-identical sister Georgic, Britannic was a motorship powered by diesel engines, not a steamer. These two would be the only White Star motorships. (Between 1915 and 1932 Harland & Wolff built a total of 111 motorships for Lord Kylsant's Royal Mail Group, which controlled both Harland & Wolff and White Star for a time.)

Britannic made her maiden voyage (Liverpool-Belfast-Glasgow-New York) on 28 June 1930, and generally spent her summers on the North Atlantic and her winters cruising to the Caribbean out of New York. She became part of Cunard White Star in 1934, but continued to carry White Star's colors and to fly the White Star burgee with (and until 1950, above) the Cunard house flag for the balance of her career. With Georgic, she moved to the London-New York service in 1935, and remained there until World War II began.

Britannic served as a troopship during the war, carrying some 180,000 troops and traveling a total of 376,000 miles. She resumed service on the Liverpool-New York route in 1948, became a Cunarder (still flying White Star colors) when Cunard absorbed Cunard White Star in 1950.

Britannic was the only ship to be owned by all three: White Star, Cunard White Star and Cunard. (Georgic also sailed for Cunard in the early 1950's, but by then she was on charter from the British government, which owned her.)

Britannic made her final Liverpool-New York sailing (and the final Atlantic crossing by any White Star ship) in November 1960. Her final departure from New York, on 25 November 1960, was marked by the same fireboat escort which normally accompanied maiden voyages. After her arrival home, she made White Star's final departure from Liverpool on 16 December, when she left under her own power for the shipbreakers. 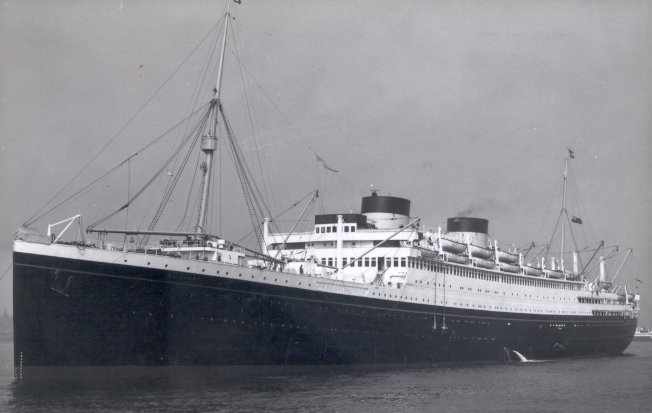 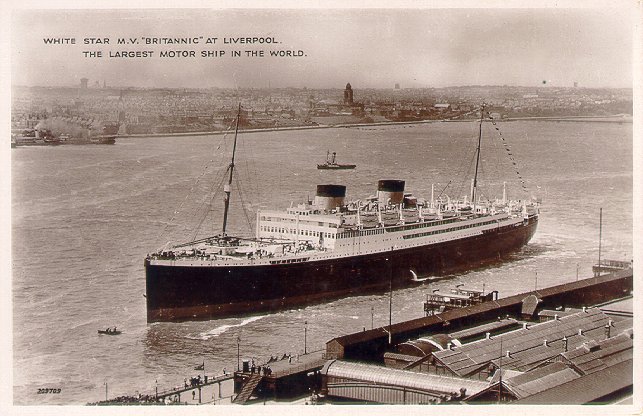 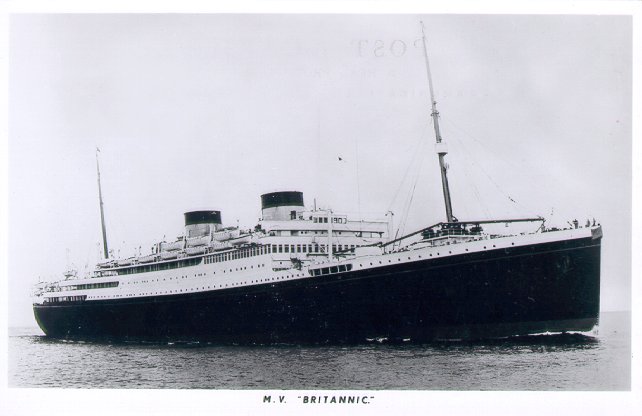 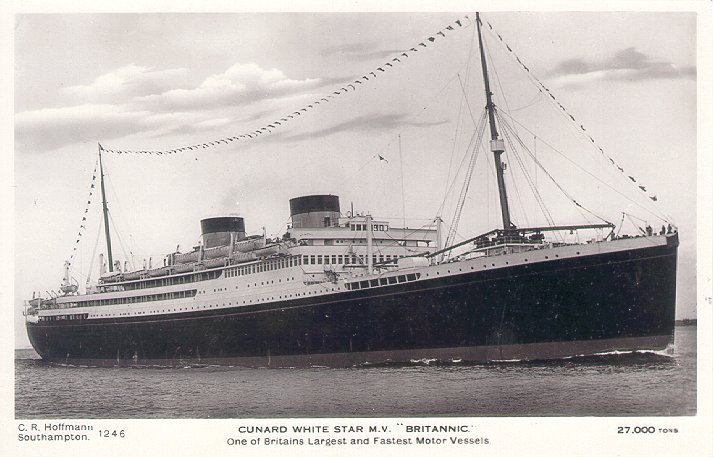 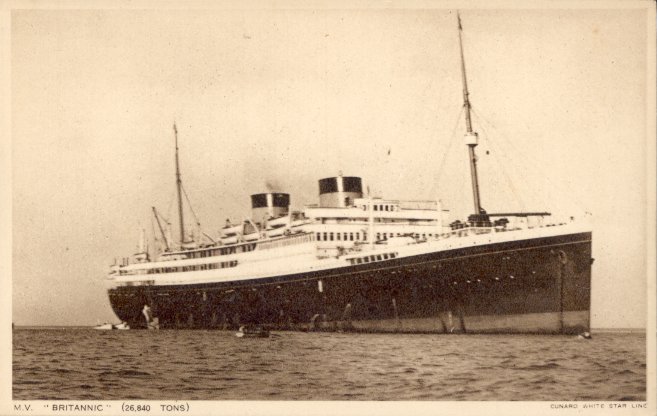 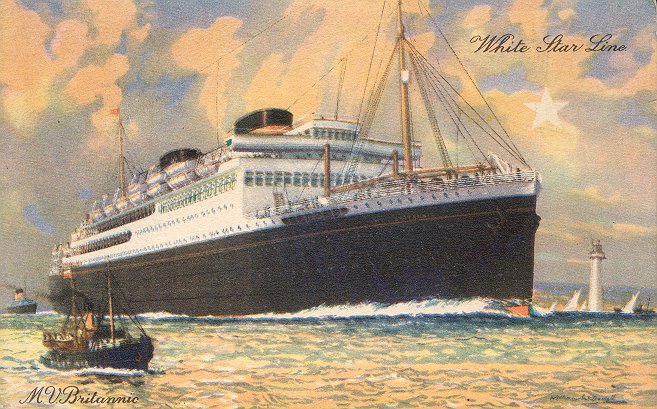 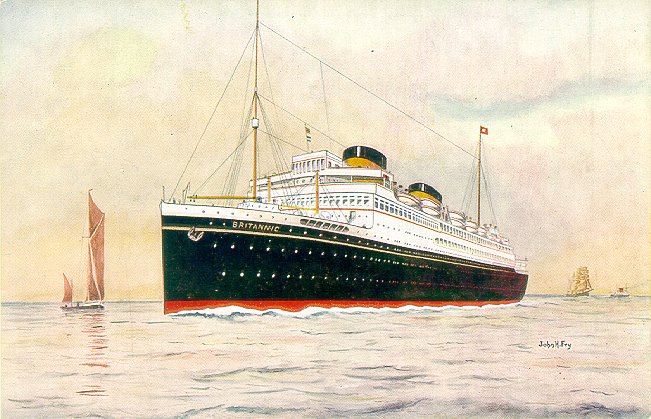 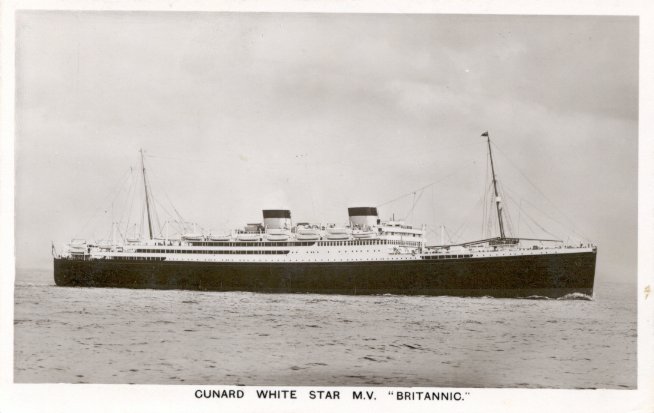 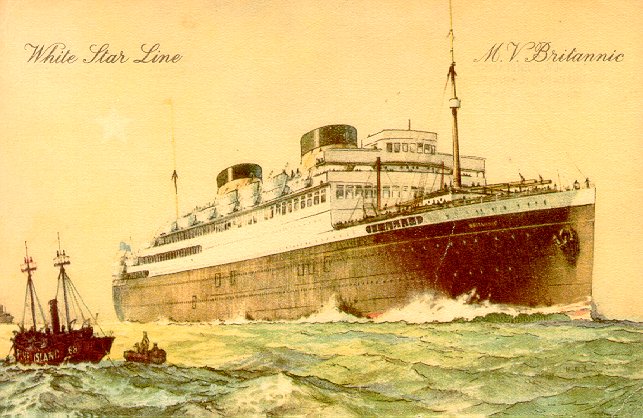 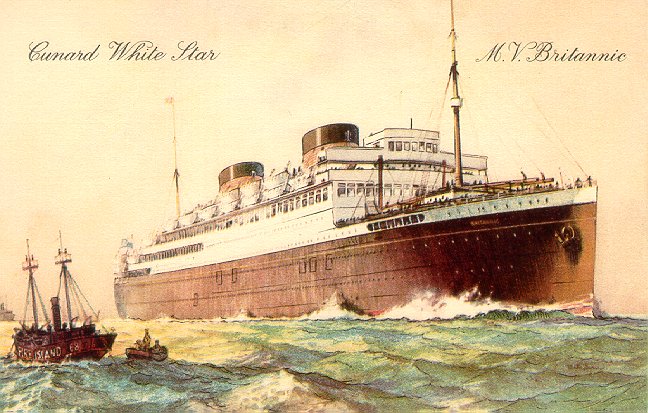 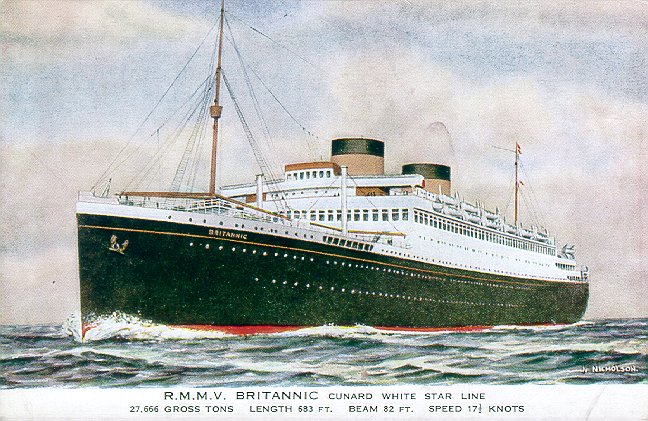 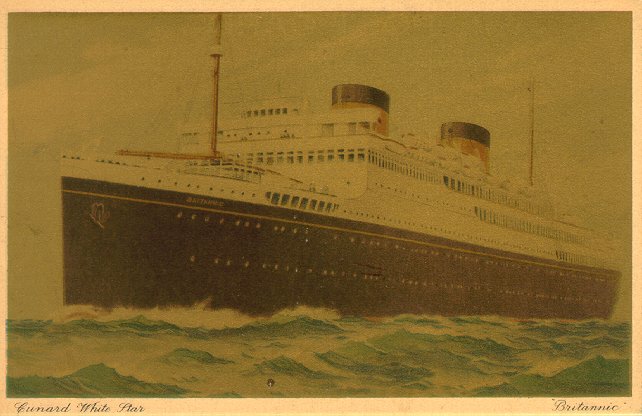 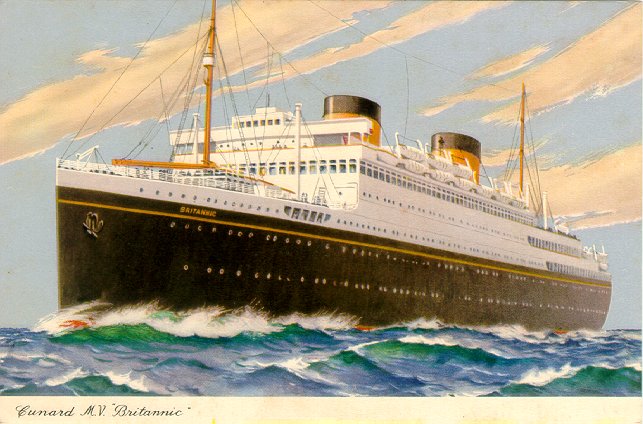 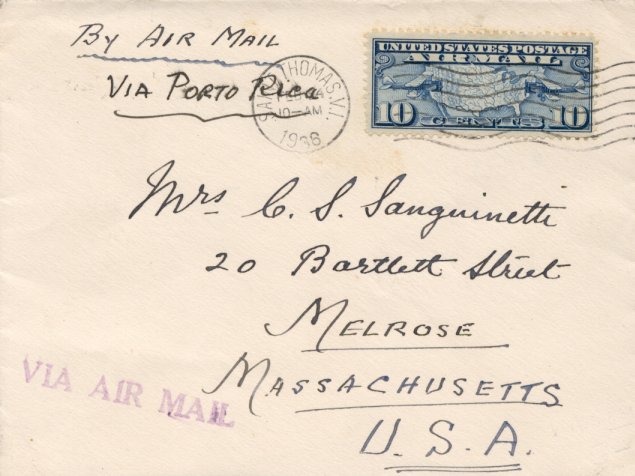 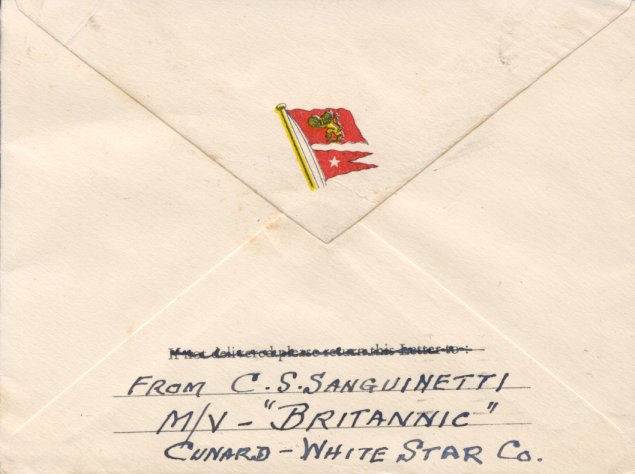 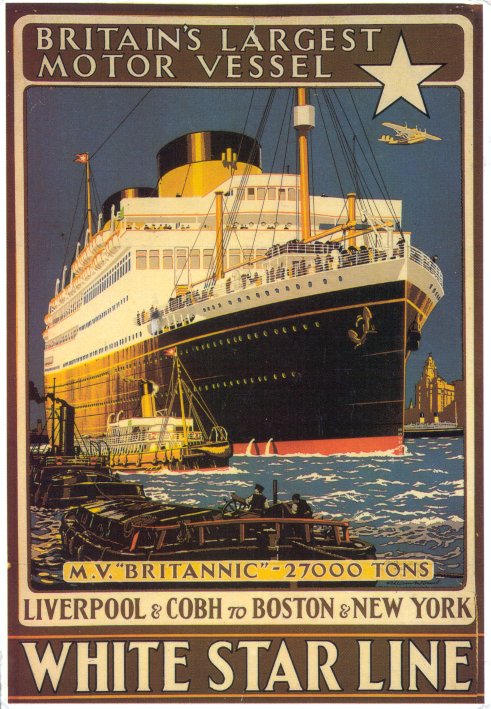