Calgaric was one of two ships -- the other being Albertic, ex-Ohio -- that entered White Star's fleet after White Star was acquired by the Royal Mail Group in 1926. She was built for Pacific Steam Navigation Co., another Royal Mail company, by Harland & Wolff, but never ran commercially for Pacific Steam. Originally named Orca, she was launched in 1917, and was finished under the supervision of the Shipping Controller as a transport and cargo carrier. Orca was returned to Harland & Wolff for completion as a passenger liner in 1921, and made her maiden commercial voyage, Southampton-New York by way of Hamburg, on 3 January 1923. By this time, though, she was owned by Royal Mail Steam Packet Co., the core line of the Royal Mail group.

In December 1926, soon after Royal Mail acquired White Star, Orca made Royal Mail's final Southampton-New York sailing. She was then sold to White Star and renamed Calgaric. She was placed on White Star's Liverpool-Canada service and made her first White Star sailing on 4 May 1927, moving in 1929 to the London-Canada service.

Used extensively for cruising, Calgaric was laid up in September 1930 and was used infrequently thereafter. She made she made only one more Atlantic crossing, Liverpool-Montreal in June 1933, together with a handful of cruises, before being transferred to Cunard White Star in 1934. She was scrapped in 1935, without ever having sailed for the merged line. 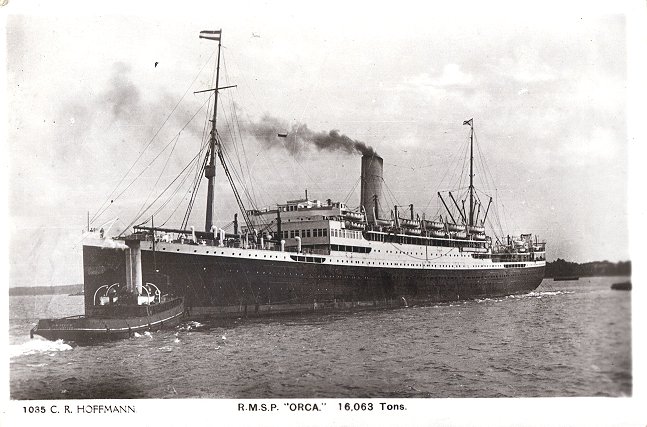 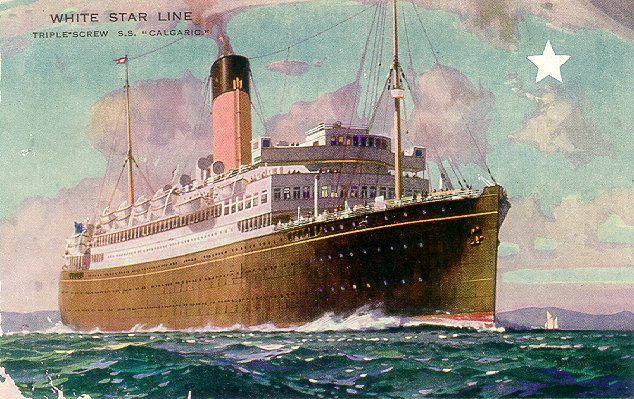 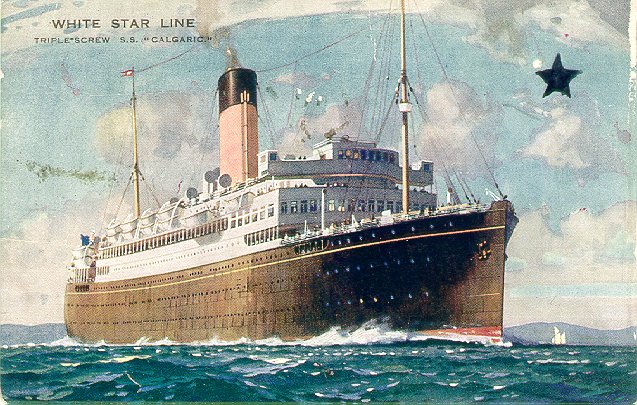