This Carinthia, Cunard's third ship with that name, was built by John Brown & Co., Clydebank. One of four sister ships intended for Cunard's Canadian service, she was launched by Princess Margaret on 14 December 1955, and made her maiden voyage from Liverpool to Montrťal on 27 June 1956.

In October 1967, she made Cunard's last Liverpool-Montrťal sailing and, after one sailing from Southampton in November of that year, was then laid up.

She was sold in 1968 and was owned by a number of cruise lines through 1995, under the names Fairland (Sitmar Line), Fairsea (Fairsea Shipping and Sitmar Line) and Fair Princess (P&O Lines).

In 1976, Cunard acquired a fleet of ten fruit carriers, one of which it named Carinthia. This fourth Carinthia was sold when Cunard gave up on fruit carrying in 1985. 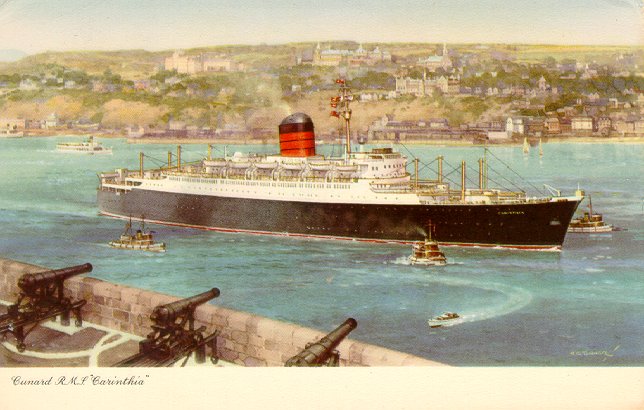