Cedric, second of the "Big Four," was built by Harland and Wolff, Belfast and launched in 1902. Her maiden voyage, 11 February 1903, was from Liverpool to New York. This was the only route on which she was ever used, though Cedric was sometimes used for winter cruises to the Mediterranean.

From November 1914 to December 1916, Cedric served as an armed merchant cruiser. During the winter of 1916-17, she was used as a troopship; then, for the balance of World War I, she operated as a passenger liner under the British Liner Requisition Scheme. During this service, Cedric rammed and sank Canadian Pacific's Montreal near Liverpool in January 1918.

Cedric returned to White Star in December 1918, and in 1919 she was refitted. She was again refitted and converted to a cabin class configuration in 1928.

By 1931, Cedric was no longer needed by White Star. After her final Liverpool-New York roundtrip in September of that year, she was sold to the shipbreakers.

Shown alongside Cedric in the third card on this page is the tender Magnetic. Built by Harland and Wolff in 1891 and used exclusively at Liverpool, Magnetic was primarily a passenger tender. She also served, however, as a water carrier, tow boat, tug and Mersey cruise boat. Repaired in Liverpool after a 1925 fire, Magnetic was sold by White Star in 1932 and was scrapped in 1935. 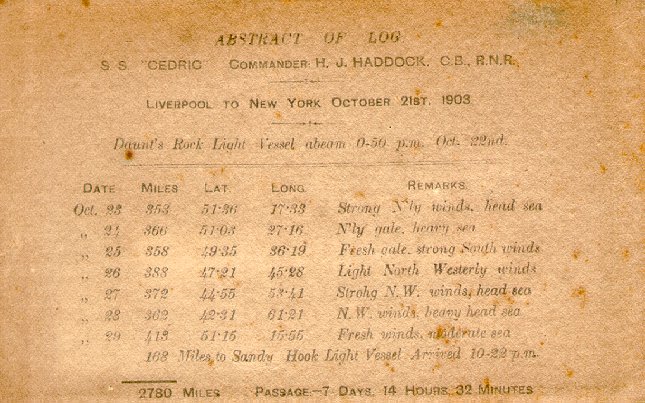 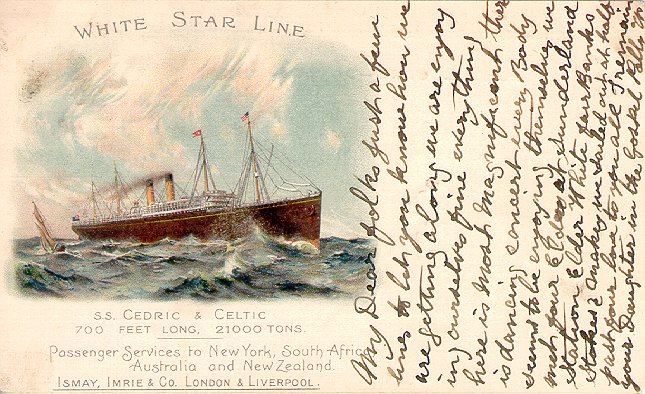 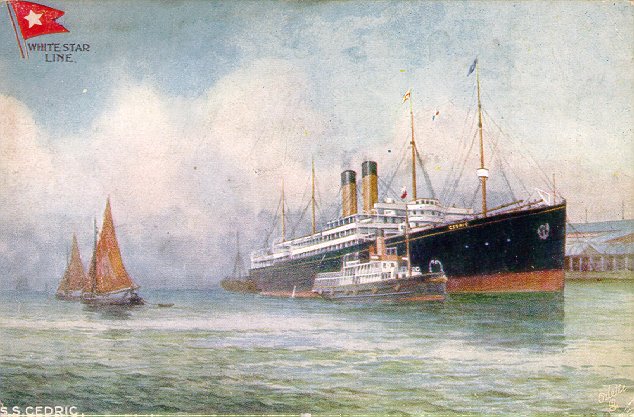 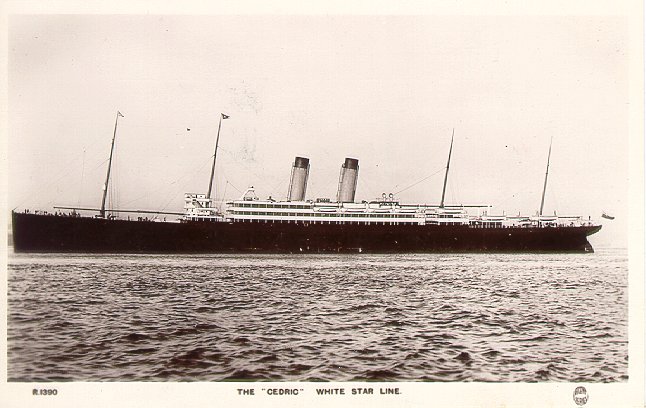 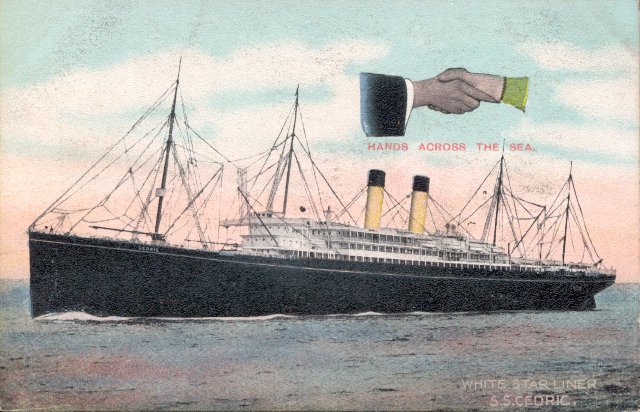 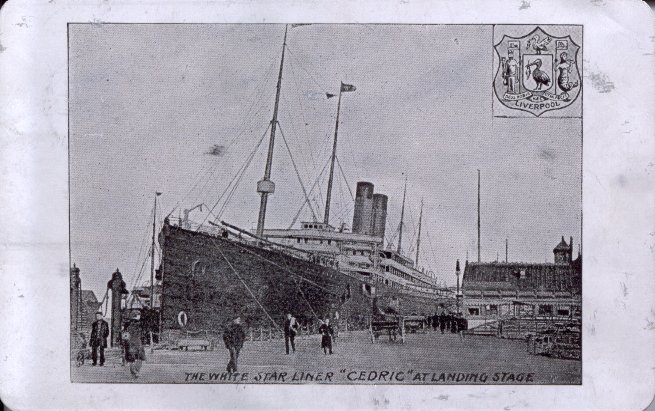 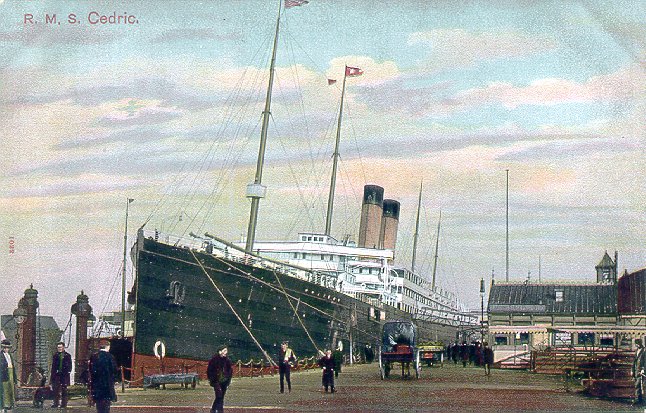 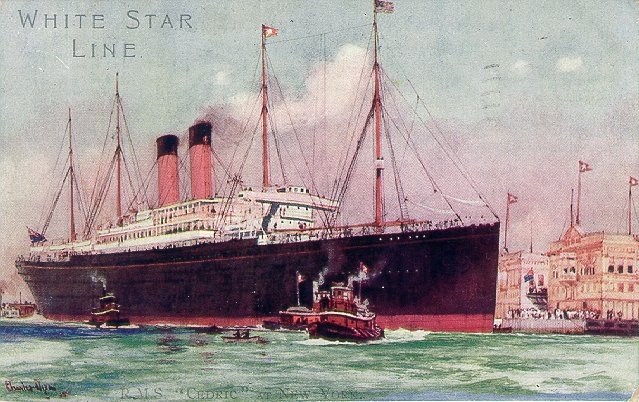 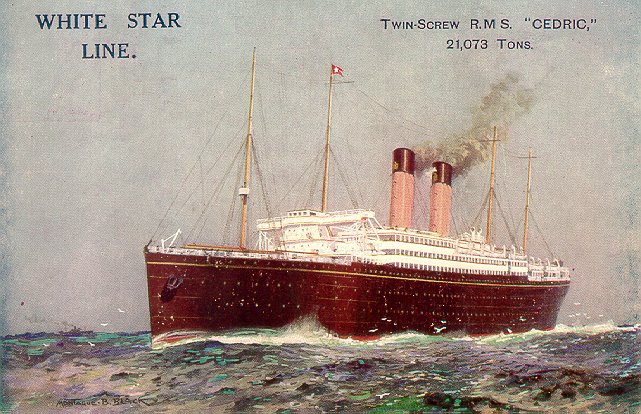 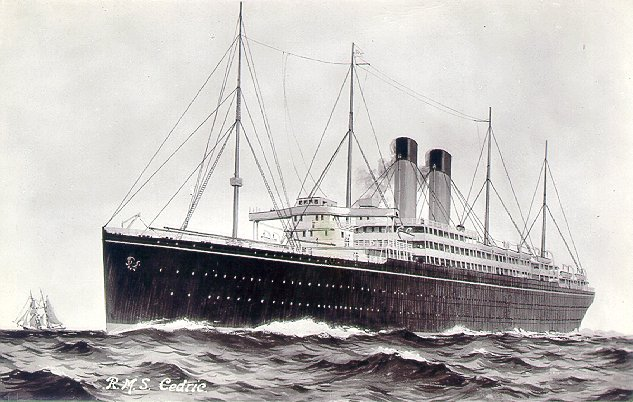 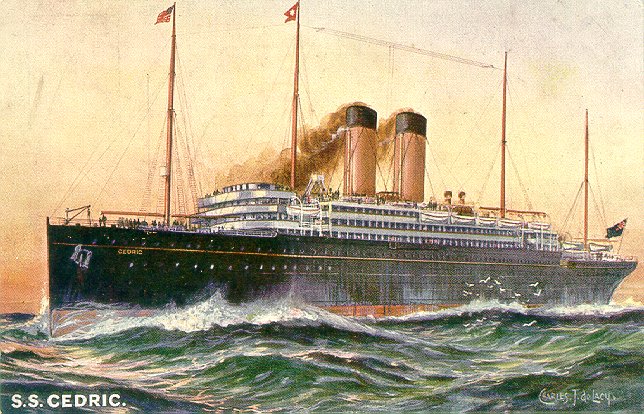