Cymric was intended to be White Star's last cattle carrier, but the cattle space was omitted during construction and additional third class space was added instead. Launched at Harland & Wolff on 12 October 1897, she was White Star's largest ship ever (and the fourth largest ship in the world) when she took her maiden voyage, Liverpool-New York, on 11 February 1898.

At 4 pm on 8 May 1916, 140 miles (225 km) off Fastnet, en route from New York to Liverpool with only six passengers, all of them British consular employees, Cymric was torpedoed three times by U20, the submarine which also sank Lusitania. Cymric sank at 3 am on 9 May, with five deaths; 105 were rescued. 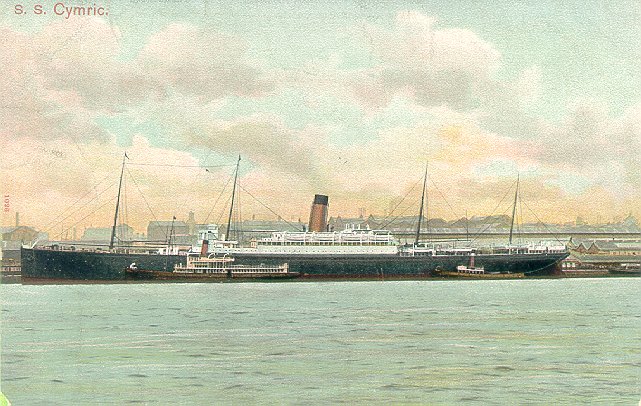 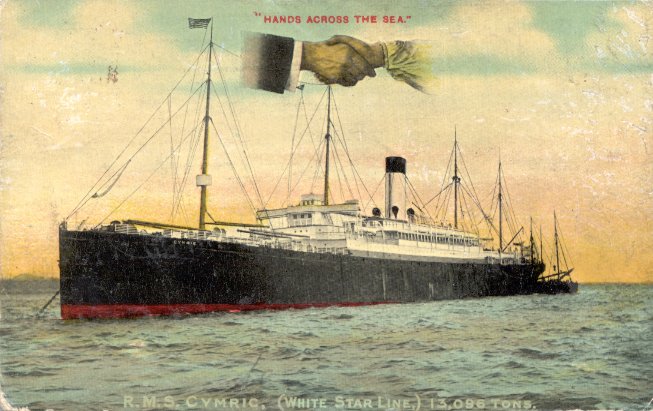 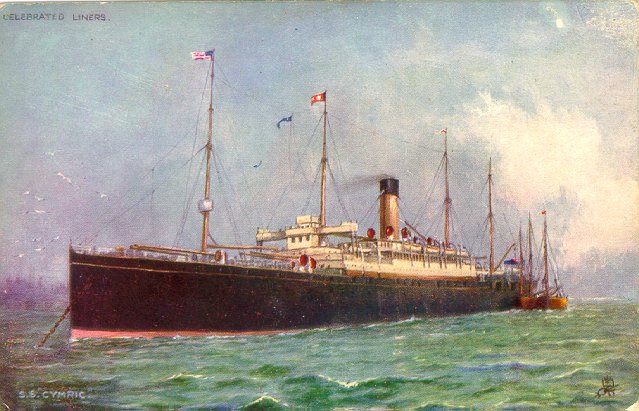 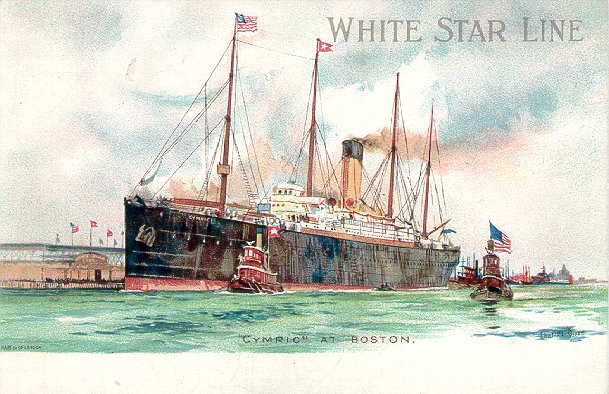 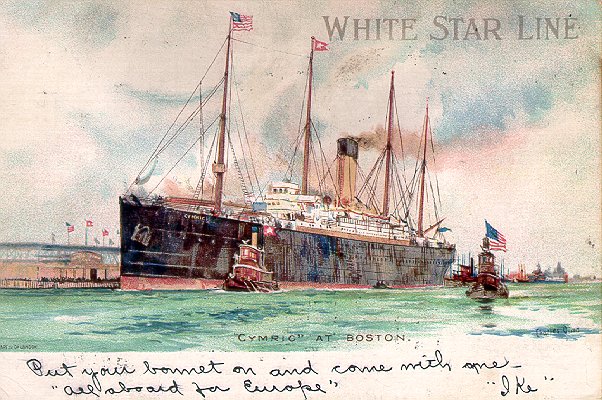 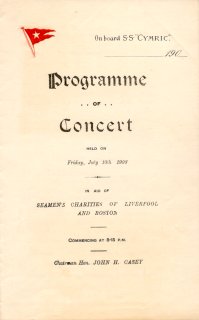 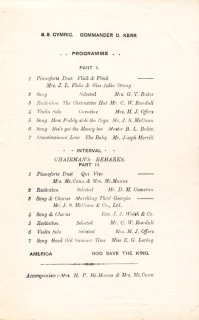