Doric, White Star's second and last turbine-powered ship, was built by Harland and Wolff, Belfast and was launched in 1922. Her maiden voyage, 8 June 1923, was from Liverpool to Quebec and Montreal, a route that she served on from that time until she was laid up in 1932. (In winter, when the St, Laurence was ice-bound and impassable, White Star's Canadian service terminated in Halifax.)

Beginning in 1933, Doric was used for cruising exclusively, her base being Liverpool. She was one of ten White Star liners transferred to Cunard-White Star in 1934, but her long-term future was uncertain until 5 September 1935. On that date, she collided with Formigny, of the French Chargeurs Reunis line, off Cape Finisterre. After temporary repairs were made at Vigo, Doric returned to England, where she was surveyed and determined to be a constructive total loss. She arrived at Newport, Monmouthshire, in November 1935 to be scrapped. 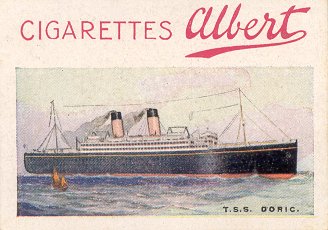 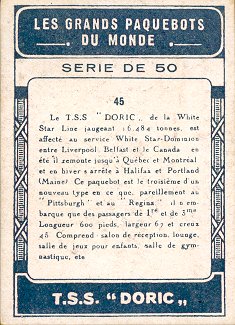 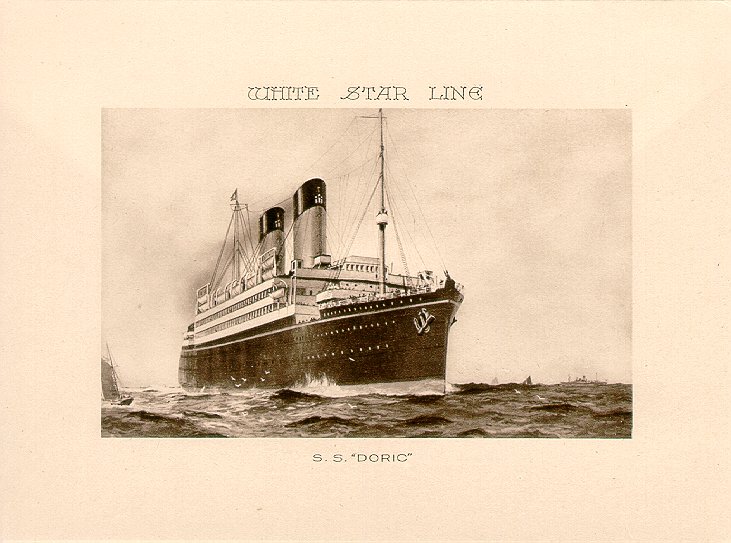 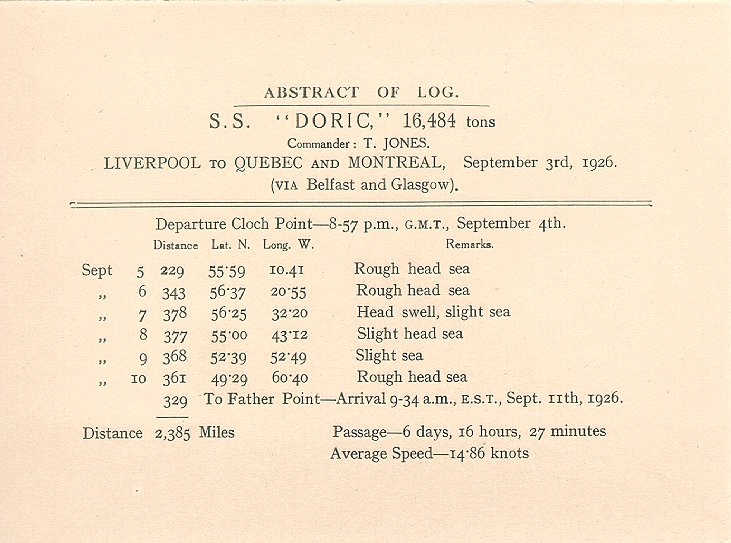 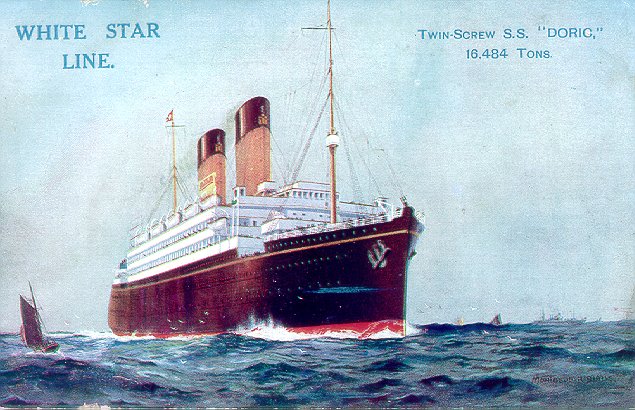 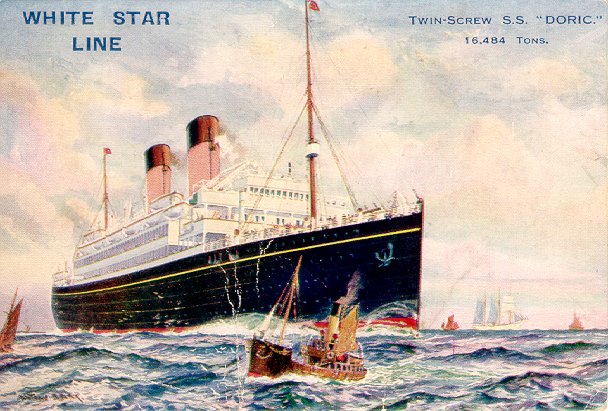 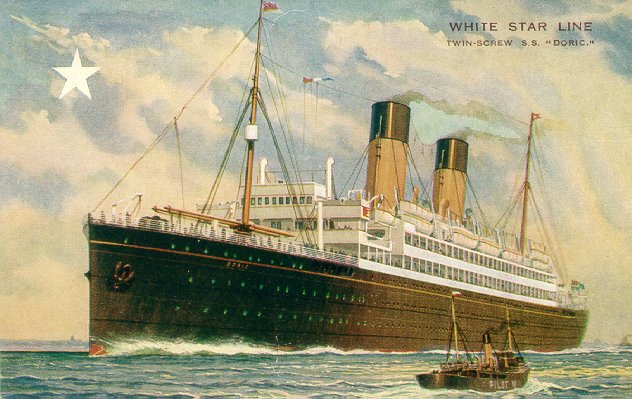 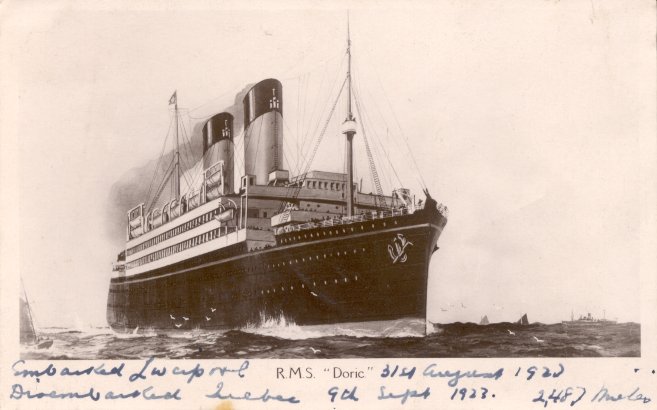