Empress of Britain (I)

This ship, the first of Canadian Pacific's three ships named Empress of Britain, was built at Fairfield Shipbuilding & Engineering's yard at Glasgow. Launched in 1905, she made her maiden voyage from Liverpool to Montrťal on 5 May 1906. Later in 1906, and again in 1908, she set eastbound Canada-England speed records.

During World War I, Empress of Britain served as an armed merchant cruiser and a troop carrier. She returned to Canadian Pacific in 1919, but after one roundtrip to St. John, N.B., she underwent a major refitting, which included conversion to oil fuel. She returned to Liverpool-Quťbec service in the fall of 1920, and moved to Southampton-Quťbec in 1922. After conversion to cabin class accomodations in 1924, she was renamed Montroyal and placed back on the Liverpool-Quťbec service. In 1927, she was placed on an Antwerp-Southampton-Cherbourg-Quťbec service and was on that route when she made her final voyage in September 1929. She was scrapped in Norway in 1930. 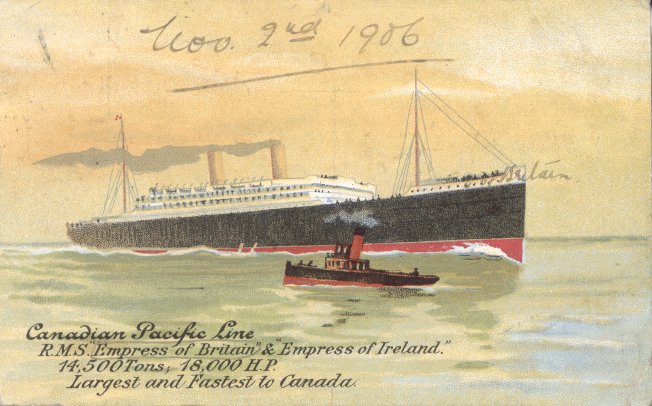 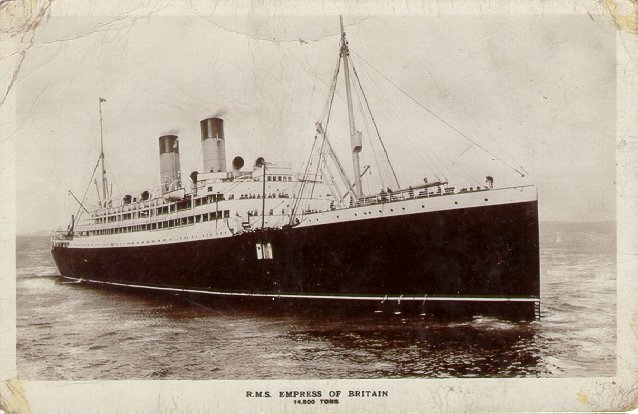 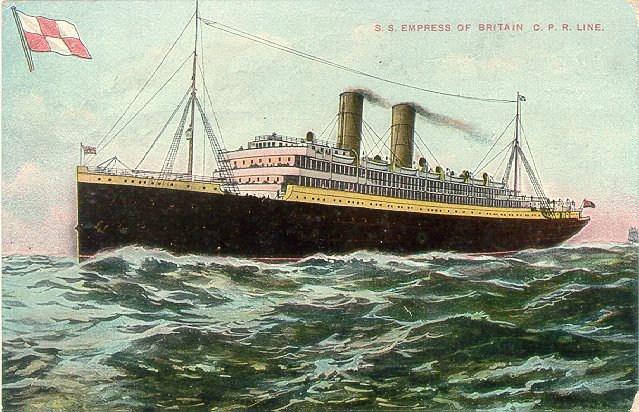 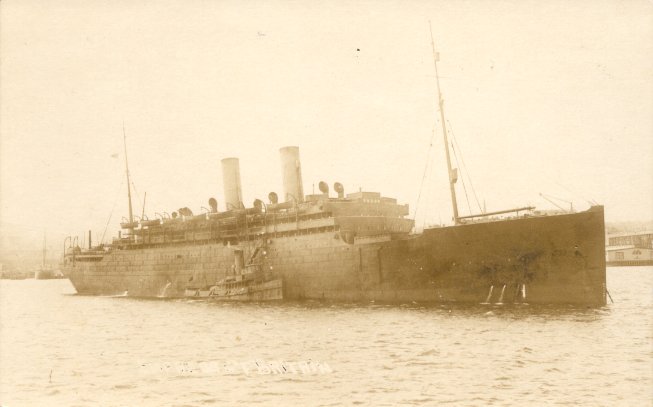