Empress of Russia was built for Canadian Pacific by Fairfield Shipbuilding and Engineering of Glasgow, and was launched in 1912. She made her maiden voyage, Liverpool-Suez-Hong Kong on 1 April 1913, and from there entered Canadian Pacific's transpacific service. Her first Hong Kong-Nagasaki-Vancouver trip in May 1912 set a speed record of 8 days, 18 hours, 31 minutes, which would stand for nine years.

She was requisitioned for use as an Indian Ocean armed merchant cruiser in 1914 and was stationed at Aden in 1915 to guard the entrance to the Red Sea. She was returned to Canadian Pacific in 1916, but was again requisitioned, as a troop ship, in 1918. She resumed her duties in Canadian Pacific's transpacific service after being refitted in 1919, and made a total of 310 voyages.

She was again requisitioned as a trooper in 1940, one of a very small number of merchant ships to see duty in both World Wars. (Her sister, Empress of Asia, was another.) In September 1945, however, she was destroyed by fire during her post-war refitting at Barrow, and was broken up there. 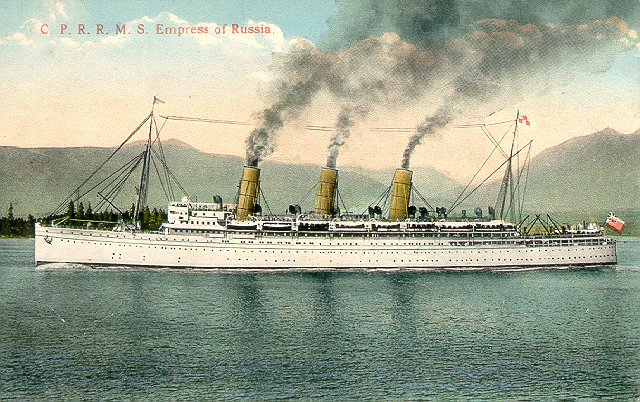 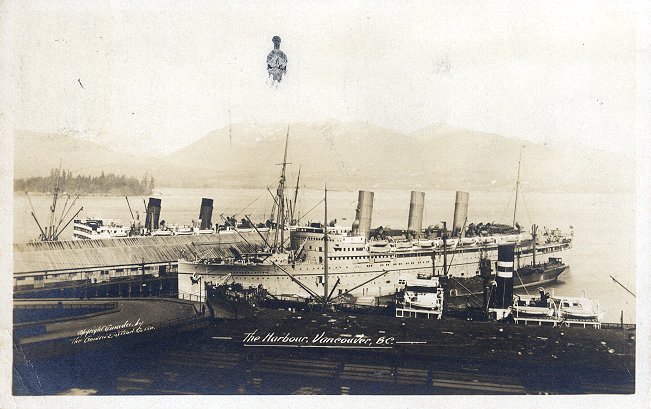