Of the 14 four-stackers ever built, France was the only one which was neither British nor German. Built by Chantiers et Ateliers de St. Nazaire, she was laid down as La Picardie, but was renamed during construction, after the first France was scrapped. Launched in 1910, she made her maiden voyage from Le Havre to New York on 20 April 1912, less than a week after the Titanic disaster. CGT emphasized that there were sufficient life-saving vessels aboard for all, but over half of the spaces were on life rafts, not boats.

After World War I began, France was first called into duty as an armed merchant cruiser. However, the French (like the British) soon realized that large ships were ill-suited to that duty, so France was used as a hospital ship and troopship for most of the War.

France returned to the Le Havre-New York service in 1919. In 1924, she was converted from coal to oil and her third class accommodations were reduced by about a third, due to U.S. immigration restrictions. She returned to service on the Le Havre-New York route in 1925, and remained on that service for the balance of her career, except for some wintertime cruising. She left Le Havre on what turned out to be her final voyage on 9 September 1932. CGT announced her retirement while she was at sea. Laid up on her return, she was scrapped at Dunkirk in 1935. 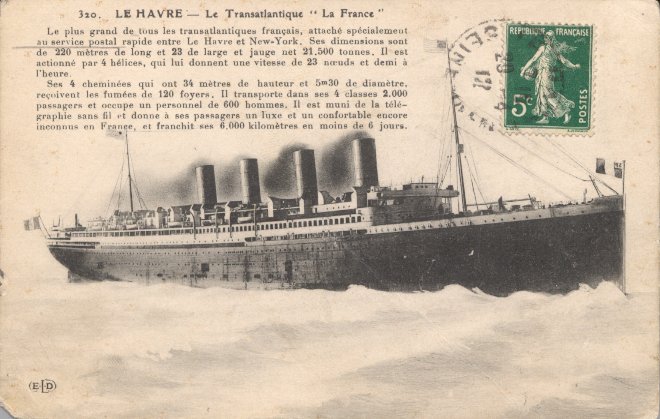 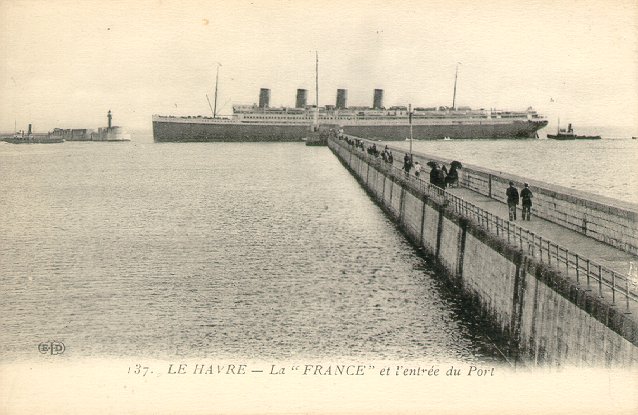 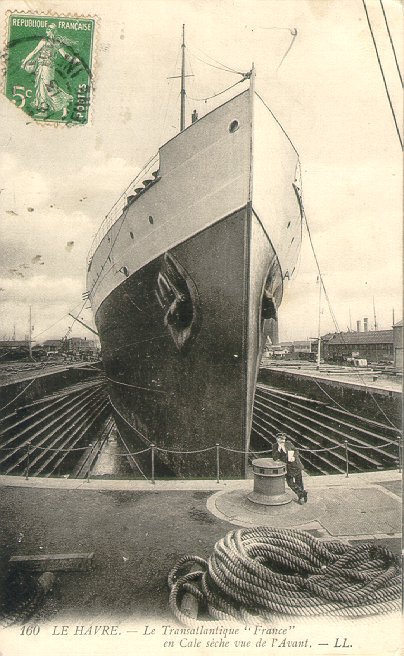 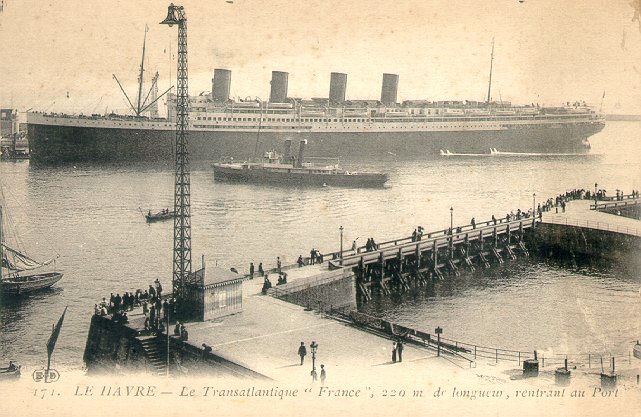 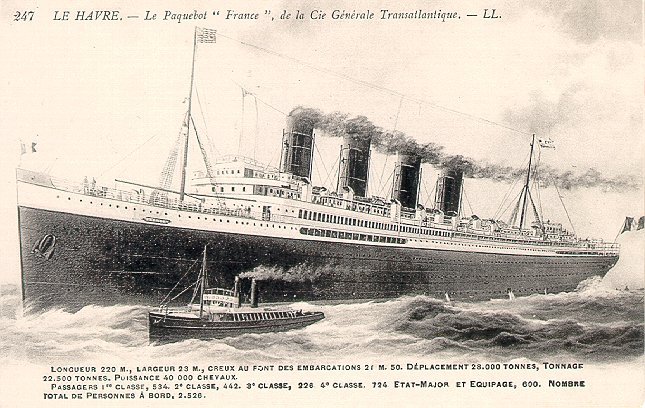 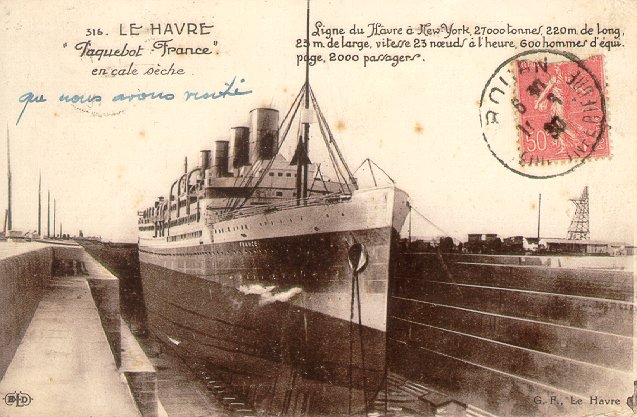 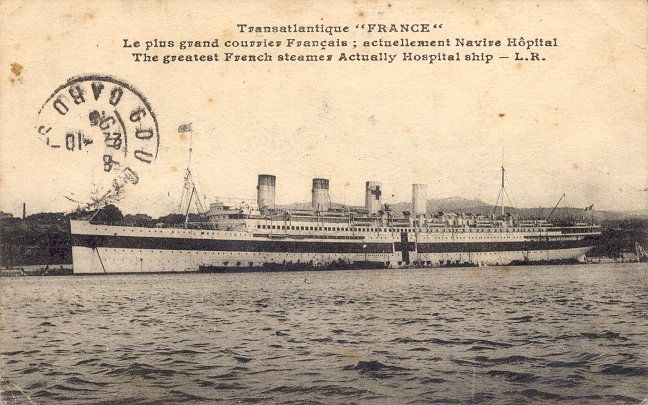 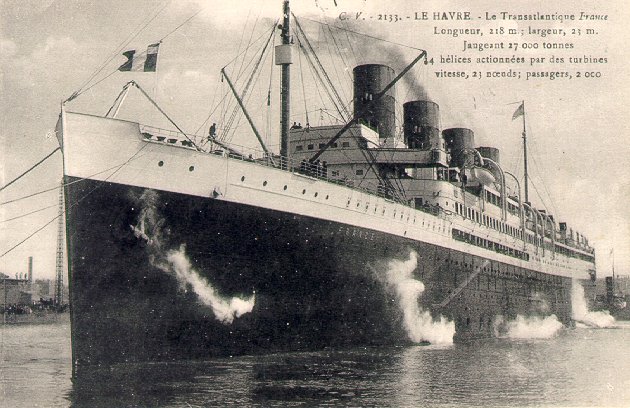 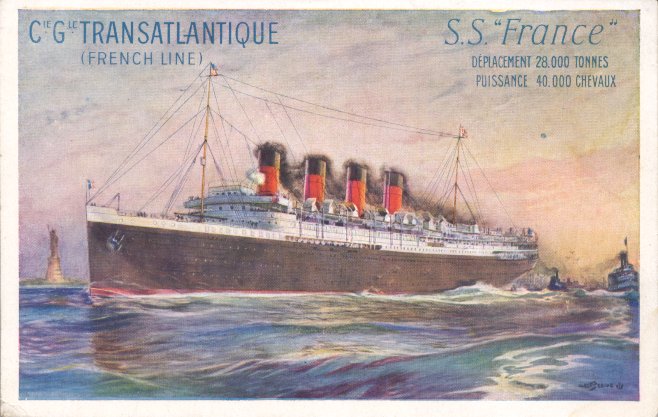