When the ship shown on this page was laid down at Harland & Wolff, Belfast, she was named Belgica, and was intended for the Hamburg-American Line. During construction, though, she was sold to the American Transport Line; she was launched for ATL in October 1899 named Michigan. She was immediately chartered to the National Line, and made her maiden voyage, Belfast-London-New York, on 14 December 1899. Michigan remained on National's London-New York service until September 1900.

N.B. Although I believe it is correct, I am less certain of this history than I am of the others which appear on these pages. Bonsor and Haws contain confusing and internally inconsistent histories of this ship in their Dominion, ATL, Leyland and National chapters. The confusion is compounded by the fact that Dominion's first Irishman was transferred to ATL and renamed Michigan (IV) at about the same time as this ship, then called Michigan (III), went in the other direction to become Dominion's second Irishman (II). In addition, both ships were single-funnel vessels with four masts, although the other ship had less of a superstructure. (MAB) 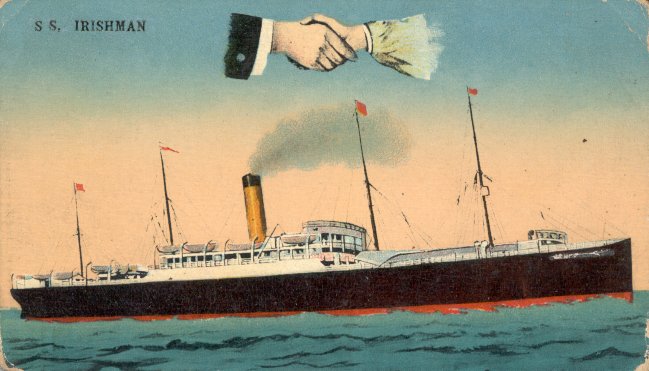