Kensington and Southwark were sister ships which began their careers with the American Line, and then served Red Star and the Dominion lines before heading to the shipbreakers. Despite these changes, both ships retained their original names.

Southwark was built by William Denny & Bros. of Dumbarton, while Kensington was built by J&G Thompson of Glasgow. Both ships were launched in 1893. They each made their maiden voyage on the American Line's Liverpool-Philadelphia service, Southwark on 27 December 1893 and Kensington on 27 June 1894. In August 1895, both of them were transferred to Red Star and placed on that line's Antwerp-New York service. (At the time, both Red Star and American were operated by the International Navigation Co.)

In 1902, International Navigation changed its name to International Mercantile Marine and acquired a number of other lines, including the Dominion Line. After making their final Red Star voyages in March 1903, Southwark and Kensington were placed on Dominion's Liverpool-Canada service and remained there for the rest of their careers. Kensington made her final voyage in November 1908 and was broken up in 1910. Southwark made her final trip in May 1911 and was scrapped later that same year. 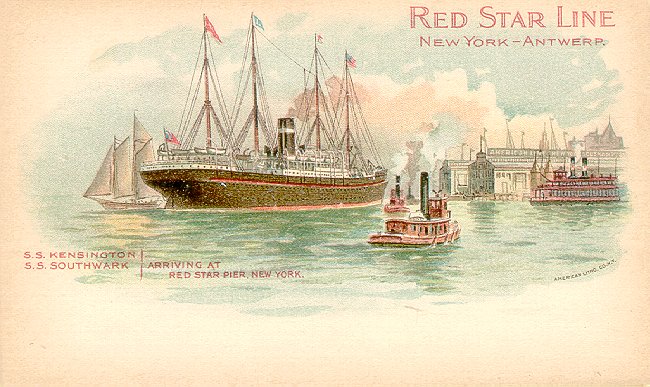