The first of the fourteen four-stackers ever built, Norddeutscher Lloyd's Kaiser Wilhelm der Grosse was built by Vulkan of Stettin. Launched in 1897, she made her maiden voyage on 19 September of that year, from Bremerhaven to New York.

In November 1897, she set an eastbound crossing record from Sandy Hook to the Needles and four months later she captured the westbound Blue Riband. She held these records until Hapag's Deutschland took the eastbound record in July 1900 and the westbound one in September 1903.

The ship narrowly escaped a massive fire at NDL's Hoboken, NJ, piers in June 1900, which badly damaged her running mates, Main, Bremen and Saale and killed 161 crewmen on those ships. Six years later, in November 1906, she was struck broadside while trying to cross in front of Royal Mail's Orinoco; five passengers on Kaiser Wilhelm der Grosse were killed by the impact and a hole 70 feet (21m) wide by 26 feet (8m) high was made in her hull. An Admiralty Court found the accident to be 100% attributable to Kaiser Wilhelm der Grosse.

In August 1914 the ship was taken over by the German Navy as an auxiliary cruiser, assigned to commerce raiding off the Canary Islands. After sparing two passenger ships since they were carrying women passengers, she sank two freighters before she herself sank on 26 August after being attacked by HMS Highflyer. (British sources insisted that Kaiser Wilhelm der Grosse sank because of the damage inflicted by Highflyer. German authorities claimed she had been scuttled by her crew to avoid capture when she exhausted her munitions.) Whatever the cause, she earned the dubious distinction of being the first passenger ship sunk during World War I. 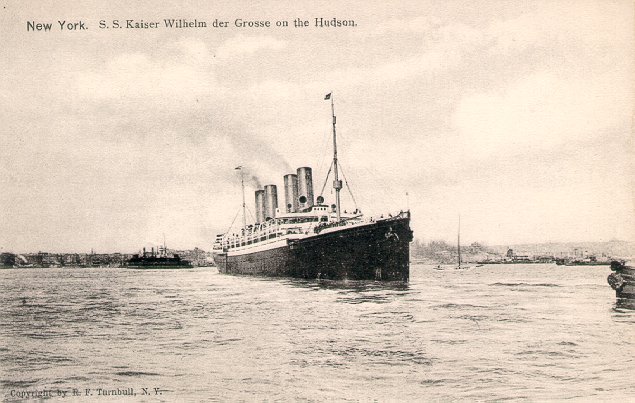 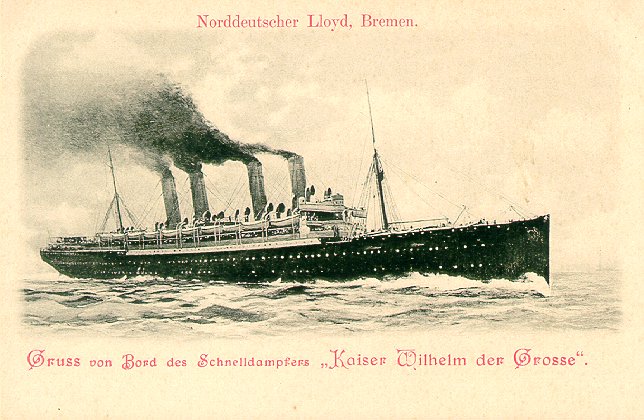 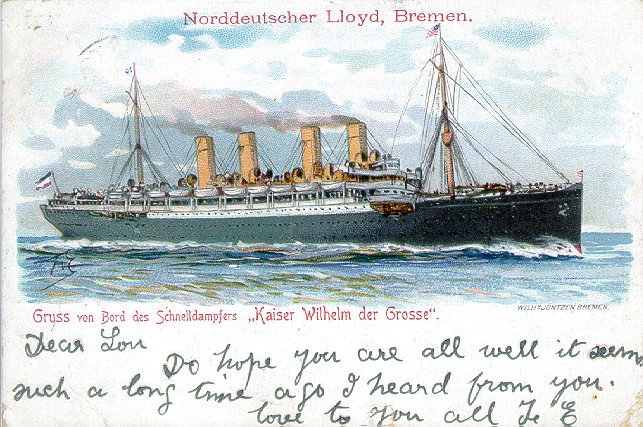 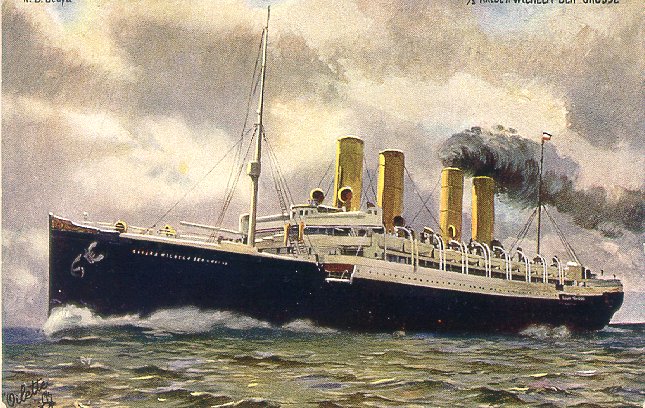 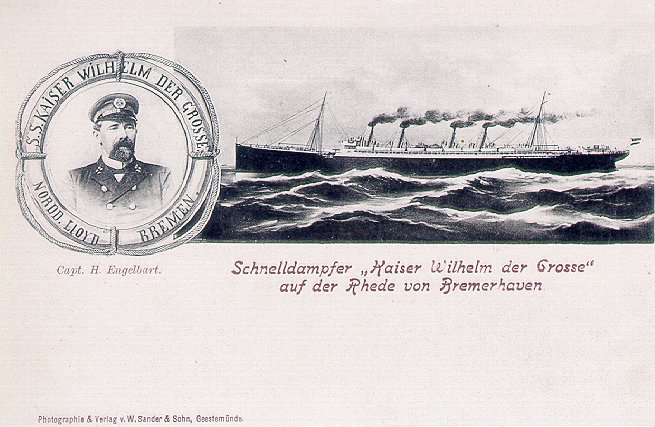 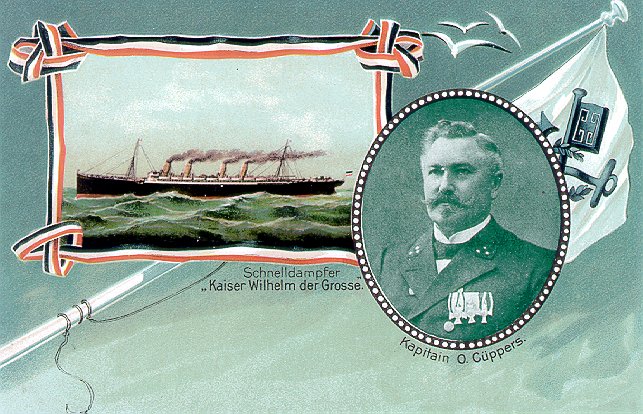 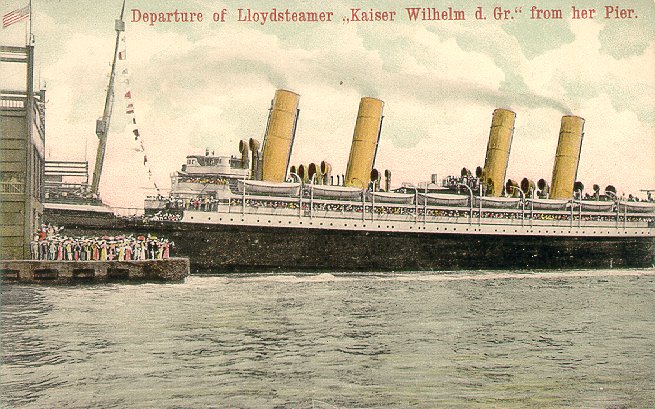 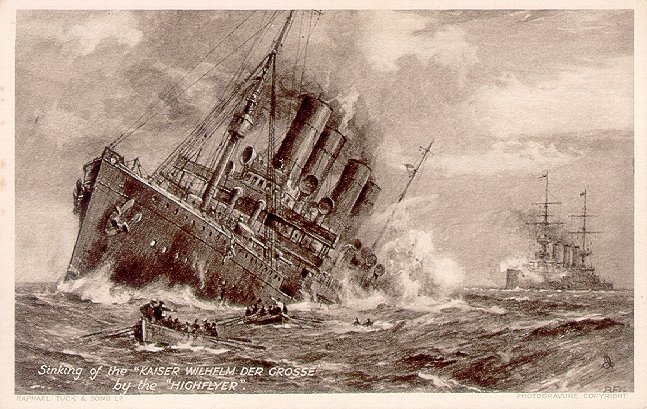