The third of NDL's four-stack liners, Kaiser Wilhelm II was built by Vulkan of Stettin. Launched in 1902, she made her maiden voyage from Bremen to New York, with calls at Southampton and Cherbourg, on 14 April 1903. After a 1904 propeller replacement designed to cure severe vibration problems evident during her first year in service, Kaiser Wilhelm II responded not only by running more smoothly, but also by setting an eastbound crossing record in June 1904.

For several months in 1907, the ship was out of service after sinking at her pier in Bremerhaven during coaling. She also missed several months of 1914 due to damage suffered in June of that year in a collision off the Needles. Apart from these two incidents, however, her service up to the outbreak of World War I was described as "relatively uneventful."

En route to New York when the war began, Kaiser Wilhelm II was interned at Hoboken, New Jersey, where NDL maintained its New York piers, until the United States entered the War in 1917. She was then seized, renamed USS Agamemnon and refitted for troop transport duties.

Her three years of trooping duty, although of significant importance to the Allied war effort, were anything but uneventful. In October 1917, she was struck amidships by her sister USS Von Steuben (ex-Kronprinz Wilhelm) while both were part of a trooping convoy from New York to Brest. Four months later, she again sank during coaling operations, this time returning to service in a matter of days. In June 1918, she and USS Mount Vernon (ex-Kronprinzessin Cecile) nearly collided with one another at night, with over 5,000 troops and crew aboard. And in 1918, she was laid up for repair for nearly two months; this time, rough seas were responsible for the damage.

Released from service in 1920, Agamemnon was never used again. All plans for her refitting and return to passenger service for the United States Shipping Board (her new owner) proved fruitless. Laid up, with Mount Vernon, in the Patuxent River, she was renamed Monticello in 1927, to bring her name into line with her sister's. Her only voyage under that name, however, was to the shipbreakers. In 1940 she was sold to Boston Iron & Metal Co. of Baltimore for scrapping.


Kaiser Wilhelm II on the deck of the Bremen. 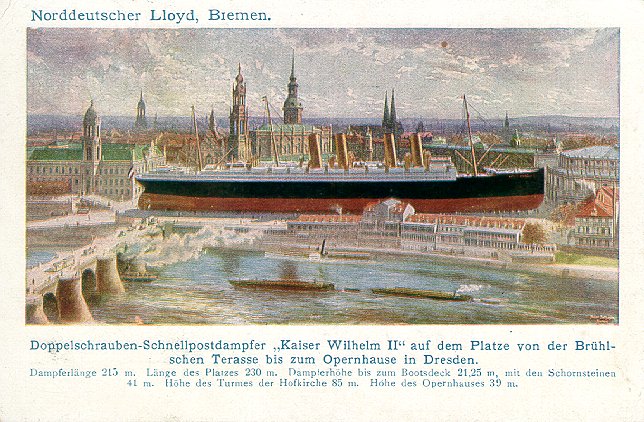 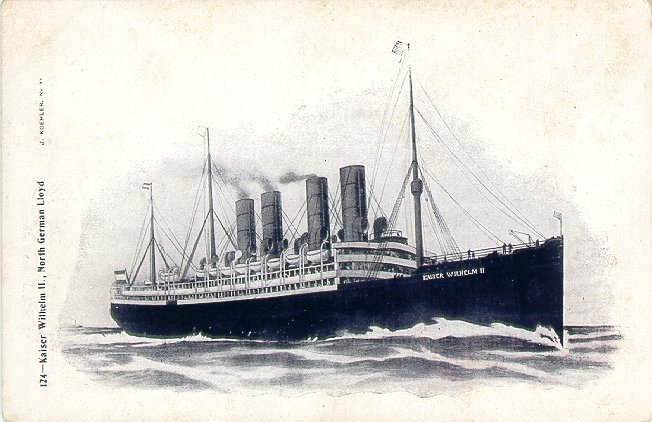 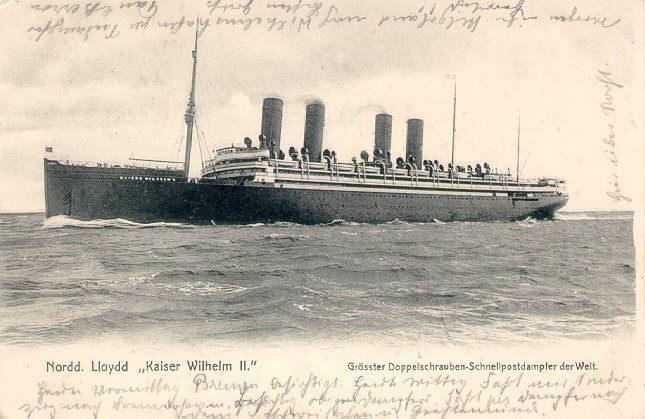 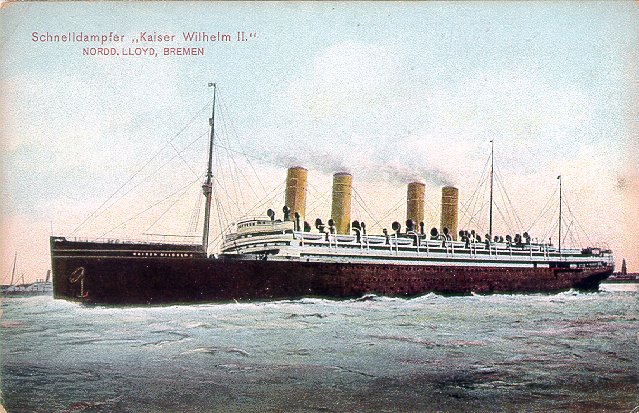 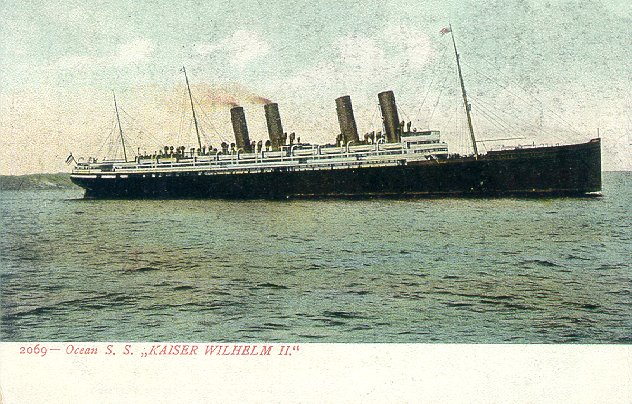 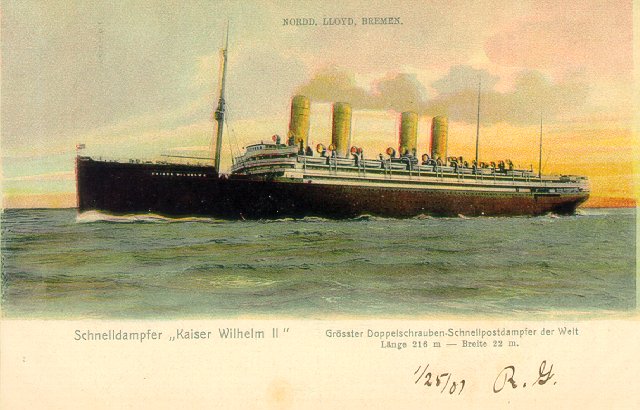 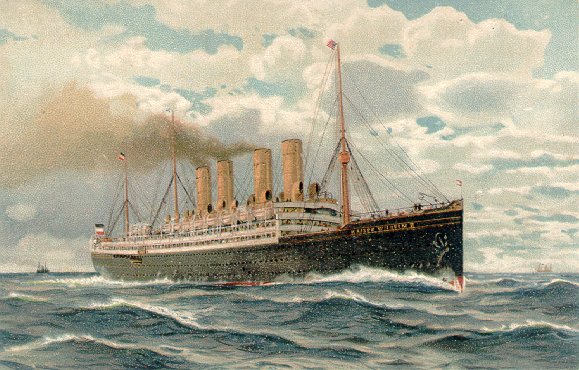 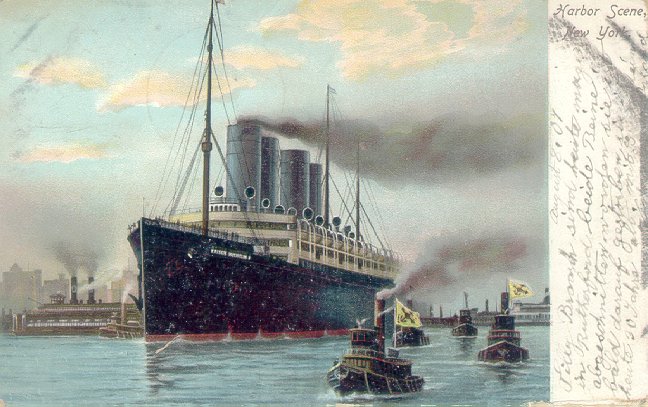 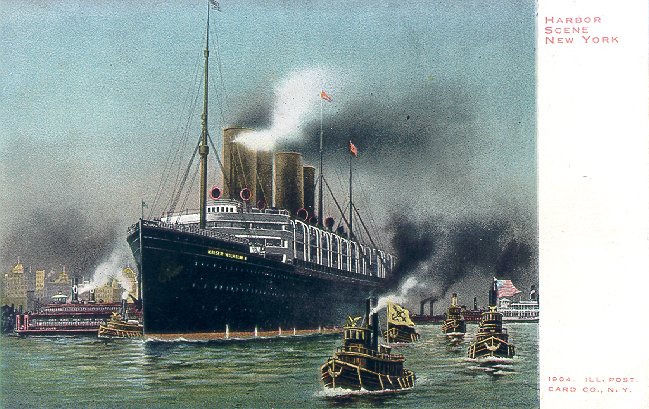 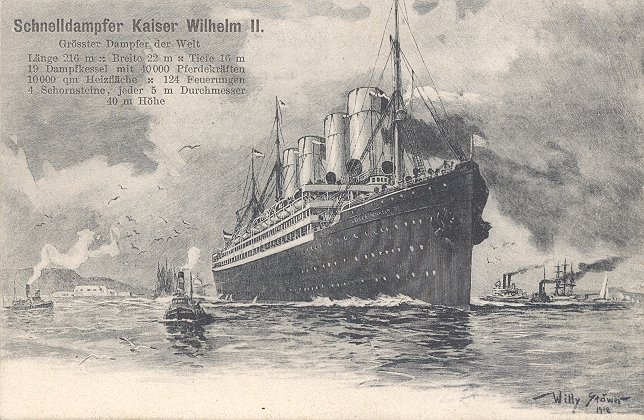