Built by Harland & Wolff and launched in 1927, Laurentic was the last coal-burning, triple expansion steamer built for any North Atlantic line and the only liner built for White Star by Harland & Wolff on a fixed price contract. She made her maiden voyage on 12 November 1927, Liverpool-New York, and was then transferred to the Canadian service for which she was intended, making her first Liverpool-Quebec-Montreal voyage in April 1928. (In order to permit her to pass under bridges on the St. Lawrence, she was fitted with a telescoping mast.)

Laurentic became part of Cunard White Star in 1934 and was used exclusively for cruising starting in 1935. After an August 1935 collision with Blue Star's Napier Star, Laurentic was repaired but did not return to regular White Star service. She made three charter trips from Dublin to Le Verdon in late 1935, and saw three months' service carrying troops to Palestine in 1936, but was otherwise inactive from December 1935 until August 1939, when she was taken over as an armed merchant cruiser.

Laurentic was torpedoed by U99 and sunk off the Bloody Foreland on 3 November 1940. She had gone to the assistance of Elder & Fyffes' Casanare, which had been torpedoed at about 9:45 pm, and was herself torpedoed three times beginning at 10:50 pm. Armed Merchant Cruiser Patroclus went to Laurentic's assistance. She, too, was torpedoed (five times between midnight and 5:30 am) and sank. There were 49 deaths on Laurentic and 79 on Patroclus. 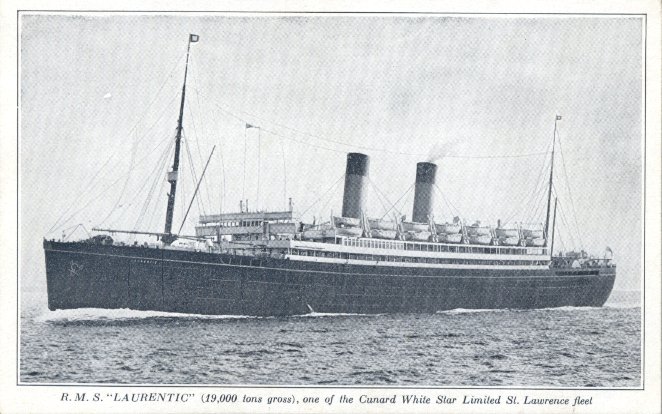 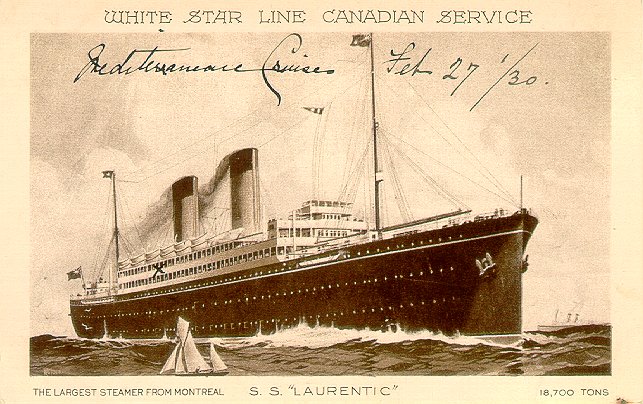 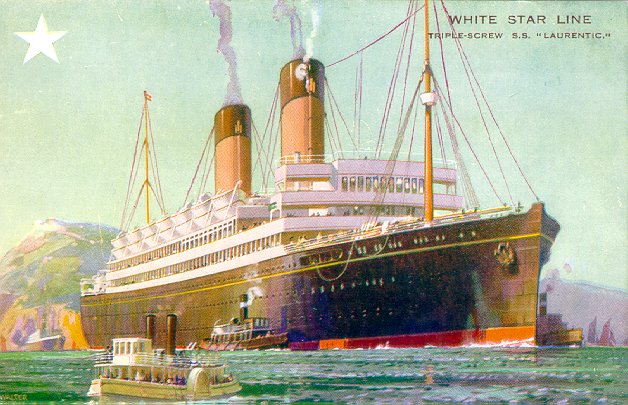