Lucania was the younger sister of Campania. Lucania was Launched at Fairfield Shipbuilding & Engineering in Glasgow in 1893, and made her maiden voyage on 2 September of the same year, from Liverpool to New York.

Lucania was the first Cunarder outfitted with Marconi wireless (June 1901) and was also the first to publish a daily bulletin based on news received by wireless (October 1903).

Laid up in 1909, Lucania burned and sank in her dock in Liverpool in August. She was then sold for breaking up at Swansea. 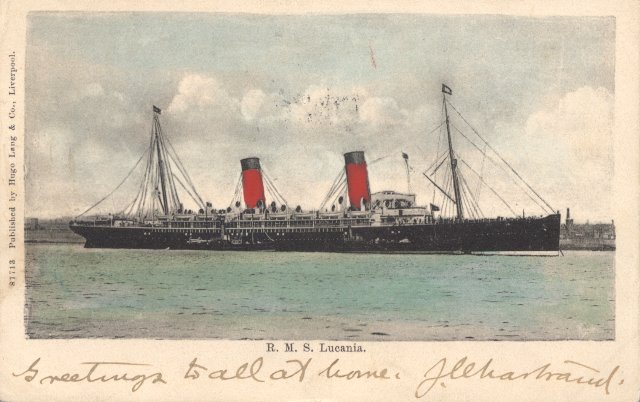 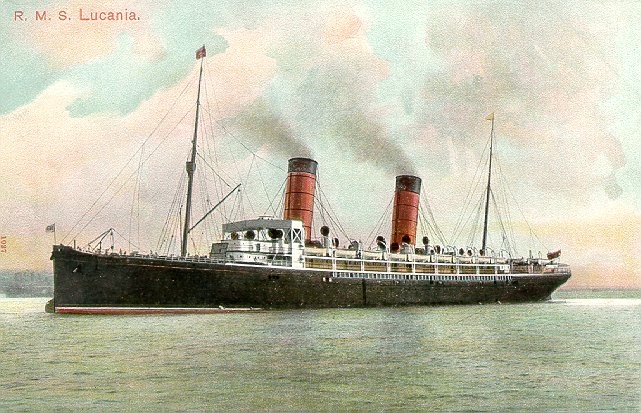