When this ship's keel was laid down at Barclay, Curle & Co. of Glasgow in 1913, she was intended for the Hamburg America Line. World War I intervened, however, and while on the stocks she was purchased by Canadian Pacific. After being launched as Melita in 1917, she was towed to Harland & Wolff in Belfast for the installation of her engines and fitting out.

She entered service with a 25 January 1918 maiden voyage from Liverpool to St. John, New Brunswick. Before being overhauled in Antwerp in 1920, she served on Canadian Pacific's Liverpool-New York route and made a Glasgow-Bombay voyage in 1919 for the British government.

During the period from 1922 to 1927, Melita was in Canadian Pacific's Antwerp-St. John service and was refitted in 1925 at Palmers Co. of Jarrow. She then returned to service from Britain to Canada, beginning with an April 1927 sailing from Glasgow and Belfast to Quťbec and Montrťal and ending with a March 1932 trip from Liverpool, Belfast and Greenock to Halifax and St. John.

Then, after 146 Atlantic crossings, Melita was used for cruising until she was sold for scrapping in Genoa in 1935. She was bought from the breakers by Italia, renamed Liguria and used as a troop transport. After being damaged in a 1940 air attack on Tobruk, she was scuttled there in January 1941. She was raised and scrapped in 1950. 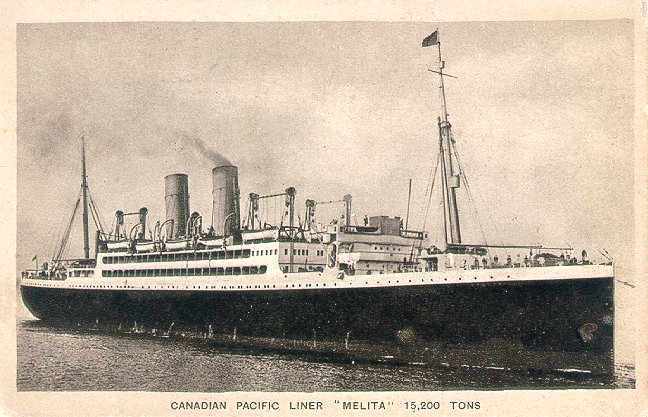 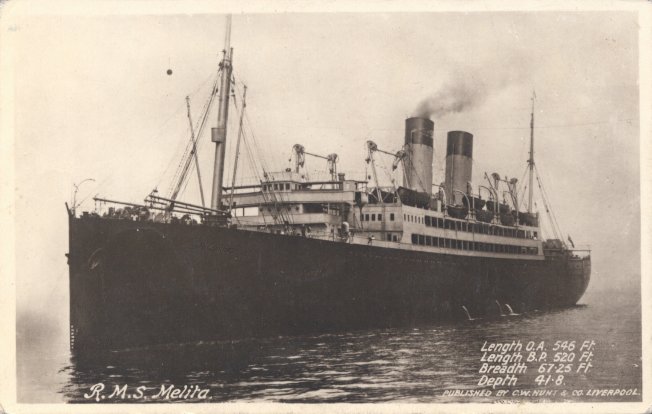