This ship, sister of Mariposa (I) and Lurline (I), was built for Matson by Bethlehem Shipbuilding Corp., Quincy Massachusetts. Launched in 1931, she made her maiden voyage from San Francisco to Honolulu and Sydney on May 12, 1932. She was taken over as a U.S. Navy troop transport in December 1941, and served in that role throughout World War II.

Laid up at San Francisco in 1946, Monterey was sold to the United States government in 1952, and continued in lay-up until repurchased by Matson in 1956. She was refitted and renamed Matsonia (II), and returned to Matson service with a 17 May 1957 trip from San Francisco and Los Angeles to Honolulu. She was renamed Lurline in 1963. After the first Lurline was sold to Chandris Lines and became Ellinis.

In 1971, this Lurline was also sold to Chandris and was renamed Britanis. After a refitting at Piraeus, Britanis entered Chandris' Southampton-Sydney-Southampton round-the-world service on 21 February 1971. By 1975, Britanis was being used only for cruising and in 1985 she became part of Chandris' Fantasy Cruises subsidiary.

In 1994, the Navy again chartered the ship, this time for use at Guantanamo Bay, Cuba, for American personnel processing Cuban refugees. Chandris returned her to Tampa in 1995, and sold her in 1998 to Belofin A.G. Corp. of Liechtenstein. After plans to renovate her into a Queen Mary-type hotel/museum failed to materialize, Britanis (now known as Belofin 1) was under tow to Pakistan for scrapping when she sank off Cape Town on 21 October 2000. 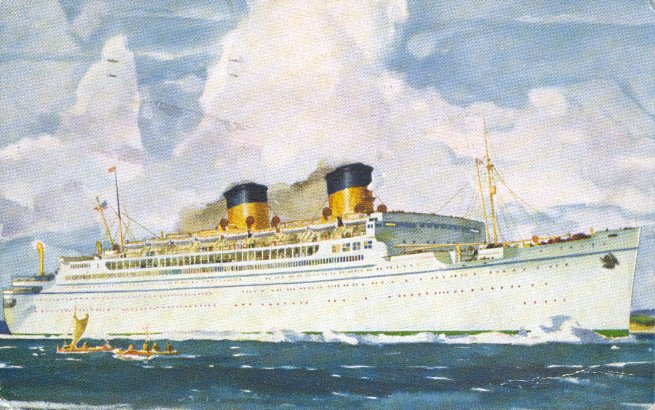 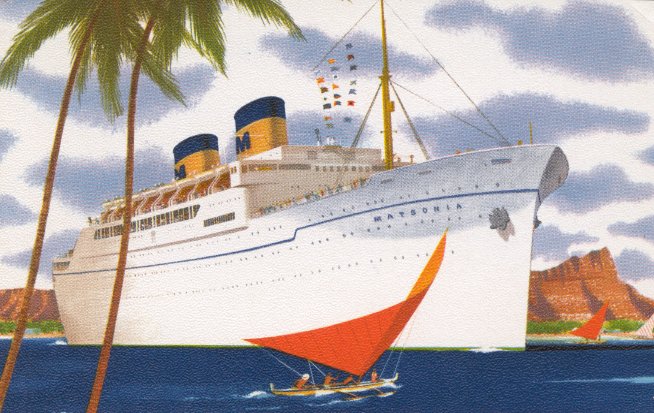