One of the greatest liners of the nineteenth century, City of New York was a remarkable ship in many ways. She was the first ship (except Great Eastern) ever to exceed 10,000 tons. She was the first twin-screw steamer built for regular express service on the North Atlantic. And she was a Blue Ribband winner, setting an eastbound crossing record after she had been in service for more than nine years. And, on a sadder note, she was one of the last ships of the Inman Line, one of the Leading transatlantic operations of the 1800's.

Built by J.& G. Thomson of Glasgow, City of New York was launched in March 1888. As originally built, she carried three stacks and three masts rigged for sails, as shown on several cards on this page. She made her maiden voyage on 1 August 1888, from Liverpool to New York.

In 1886, Inman was acquired by the International Navigation Co., an American firm that also operated the American and Red Star Lines. For a period of time, the line was known as Inman & International, and it was for I & I that City of New York earned her only Blue Ribband. This came at the expense of her sister, City of Paris, in a 20.11 knot eastbound crossing in August 1892, the last of nine record-setting voyages by Inman-built ships.

In 1892, I & I was awarded a United States Mail contract by Congress. The enabling legislation permitted City of New York and City of Paris to be transferred to American registry even though they were built abroad, in exchange for a commitment to build two new express steamers in the United States. The American flag was raised on the ship in the middle of a snowstorm in New York Bay, on 22 February 1893, with President Benjamin Harrison in attendance. At the same time, the ship was renamed New York and the line's name was changed from I & I back to the American Line. With these changes, the Inman name and its distinctive "City of" ship names disappeared from the North Atlantic.

Three days later, New York took her first American Line sailing, from New York to Southampton. She remained on that route until 1898, when the Spanish American War began. She served as an auxiliary cruiser named Harvard during the War and was refitted in 1901, emerging from this refit with only two funnels. She then returned to the New York-Southampton service, where she remained until World War I. After hostilities broke out in August 1914, her British terminus was changed to Liverpool.

When the United States entered the war, New York was again called into service as an armed merchant cruiser, under the name Plattsburg. After another refitting, which reduced her masts to two, she returned to American Line service, again as New York, in February 1920. Nine months later, in November, she took American's last New York-Southampton sailing, after which she was sold to the Polish Navigation Co. in 1921. She changed ownership several times over the next few years, sailing for the Irish-American, United Transatlantic and American Black Sea Lines before being scrapped in 1923.

New York played a role in two of the most notable maritime accidents of the early twentieth century. In February 1909, she arrived on the scene of the collision between White Star's Republic (II) and Lloyd Italiano's Florida, and escorted the damaged Italian liner to New York. On 10 April 1912, New York was tied up at Southampton, and the movement of water caused by Titanic's passage through Southampton Water broke the lines holding her to White Star's Oceanic (II). New York broke free and would likely have collided with Titanic had the tug boat Vulcan not pulled her safely away. 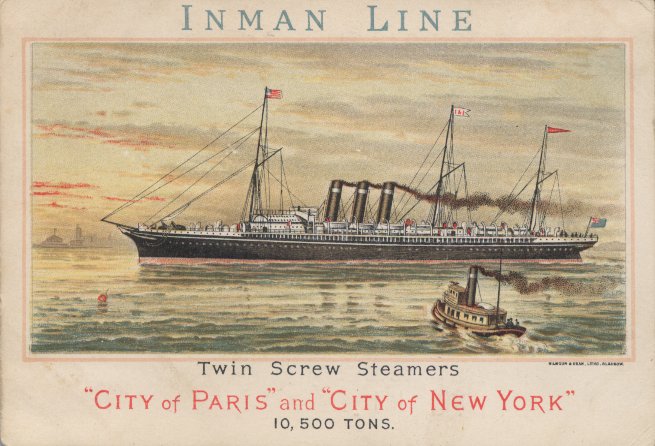 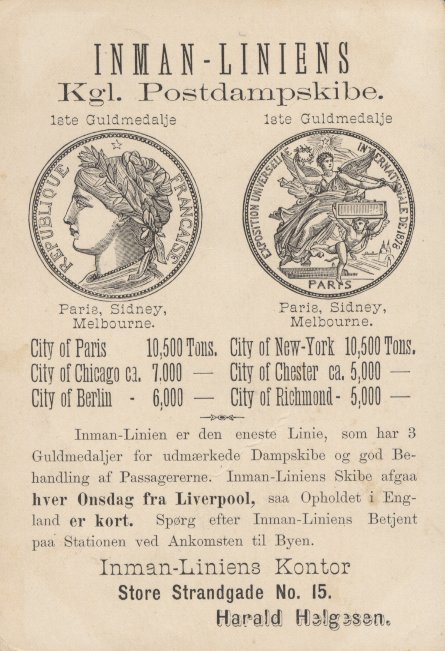 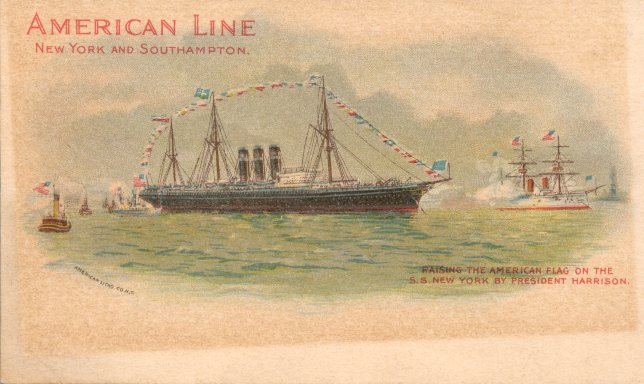 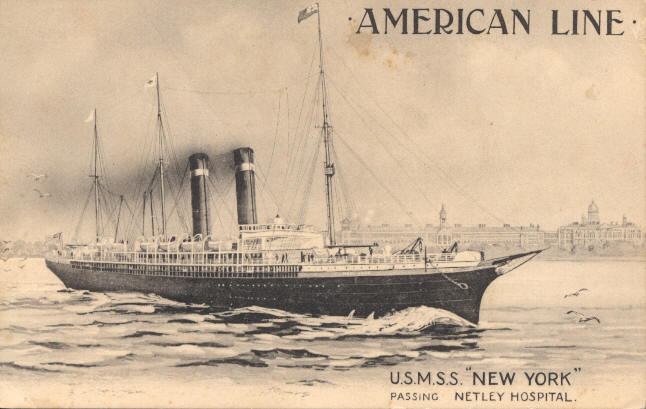 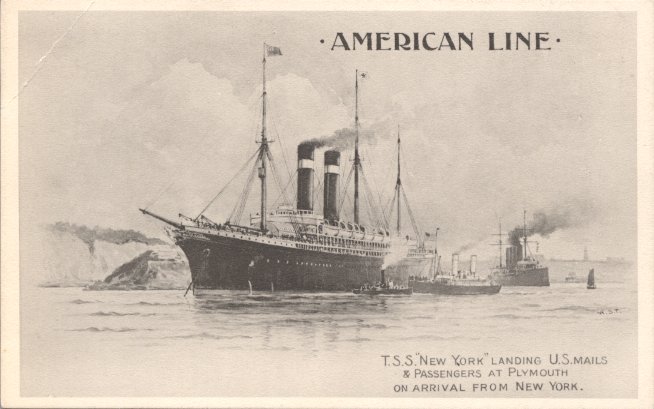 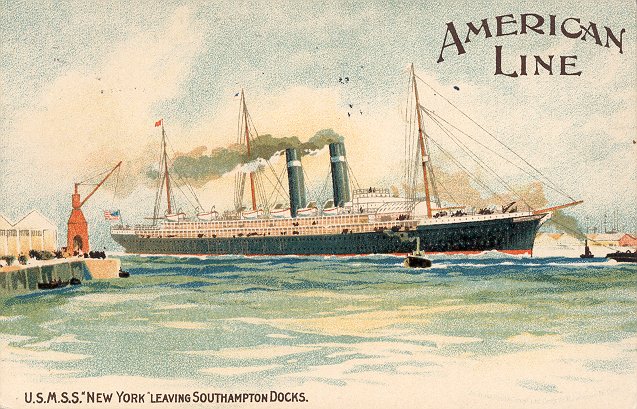