Built by Harland & Wolff at Belfast, Holland America's first Nieuw Amsterdam was launched in 1905 and made her maiden voyage from Rotterdam to New York on 7 April 1907. She was HAL's first quadruple expansion powered ship and the line's last vessel to be fitted with auxiliary sails, which she never needed to deploy.

In her early years of service, Nieuw Amsterdam underwent a number of modifications, including glassing-in of her boat deck in 1908, extension of her bridge deck in 1910, and the addition of 5 lifeboats on the poop deck in 1912. She also represented the Netherlands at New York's Hudson-Fulton celebration in 1909.

She remained in service during 1914, but with several periods of layup as tensions mounted in Europe. In an early August sailing, she repatriated nearly 1700 United States residents who were in Europe when the war began.

Nieuw Amsterdam then remained inactive until the United States entered the war in 1917 and took over neutral flag tonnage. The government used the ship to repatriate some 2300 Dutch seamen then in the United States.

After renovations, Nieuw Amsterdam took Holland America's first postwar sailing to New York, on 21 December 1918. In 1925, she was overhauled and converted to a cabin/tourist configuration; she was thereafter used for cruising as well as for transatlantic service.

Nieuw Amsterdam made her final passenger sailing, from Rotterdam to New York, on 2 October 1931 and left Rotterdam for scrapping in Japan in February 1932. 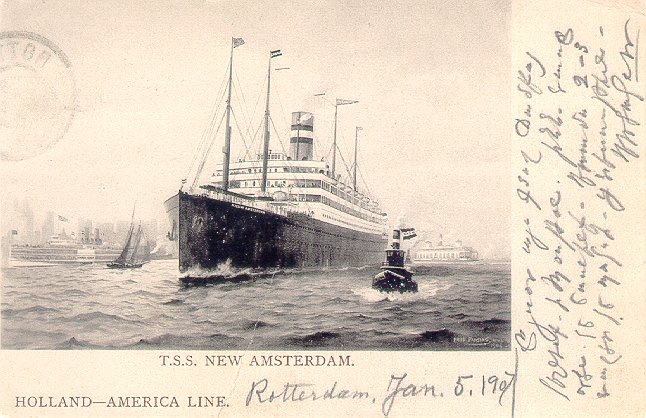 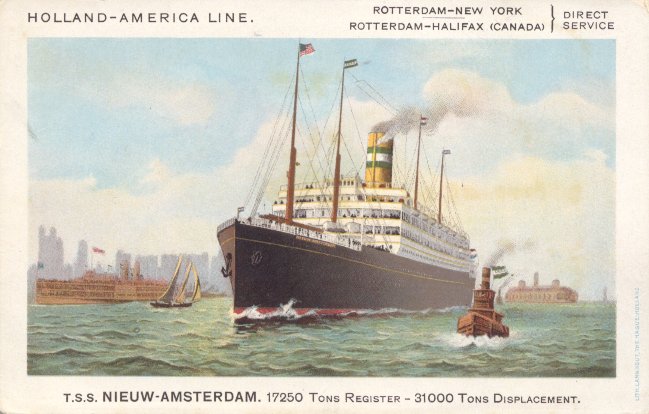