The French Line's Normandie is one of the relatively few legitimate contenders for the title "Greatest Liner Ever". She was a ship of superlatives: the largest ship in the world for five years, more than 20,000 tons larger than White Star's Majestic; the first liner to exceed 1000 feet in length; the first liner to exceed 60,000 tons (and 70,000 and 80,000, for that matter); the largest turbo-electric powered liner; and the first to make a 30 knot eastbound Atlantic crossing. All told, Normandie earned the Blue Riband for five record-breaking crossings; twice westbound and three times eastbound, including both legs of her maiden voyage. And yet, all these technical qualities are only part of Normandie's greatness; her design and decor were equally innovative, distinctive and luxurious. All of these factors contributed to her being described as "the ultimate ocean liner---definitely of the 1930s and possibly of the century". (Braynard and Miller's Fifty Famous Liners.) And, in the end, her demise was as ignominious as she herself was glorious.

Built by Chantiers et Ateliers de St. Nazaire and launched in 1932, Normandie made her maiden voyage from Le Havre to New York on 29 May 1935, setting speed records both westbound and eastbound. She was overhauled during the winter of 1935-36 to correct significant vibration problems which were evident from the time of her maiden voyage. (In the process, her gross tonnage was increased from 79,280 to 83,423. This permitted her to remain the largest liner even after Cunard White Star's Queen Mary, 81,235 tons, entered service in May 1936.)

Normandie's career as a passenger liner was cut short by the outbreak of World War II. At the end of her 139th Atlantic crossing, she arrived in New York on 28 August 1939, and would never sail again. Mothballed at Pier 88, she was taken into custody by the U.S. Coast Guard when France was occupied in June 1940, and less than a week after Pearl Harbor she was taken over by the U.S. Maritime Commission and was renamed U.S.S. Lafayette.

In January 1942 the U.S. War Department took her over and by 9 February her conversion into a troopship was nearly completed. But on that date, while she was being loaded with supplies, a spark from a welder's torch ignited a bale of lifejackets. The fire spread rapidly, and a series of mistakes by the ship's crew and firefighters led to the ship's turning on her port side and sinking at her berth. The stern slipped under Pier 88, while the bow moved close to the adjacent Pier 90. Refloated in September 1943, she was then towed to the Brooklyn Navy Yard. Plans to convert her into an aircraft carrier were abandoned as too costly, and she remained in Brooklyn for the balance of the war. Unwanted and unusable, she was scrapped in Newark, NJ, in 1946-47, the last pieces of steel being removed by rail on 6 October 1947. 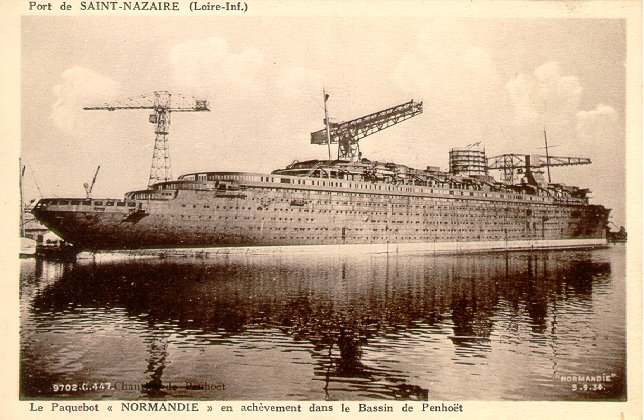 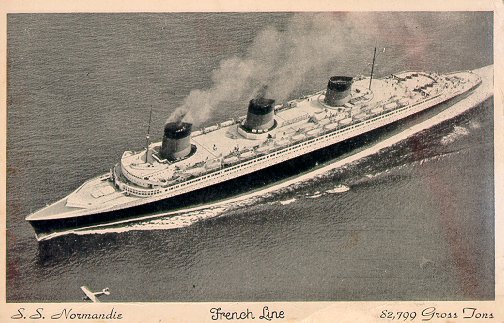 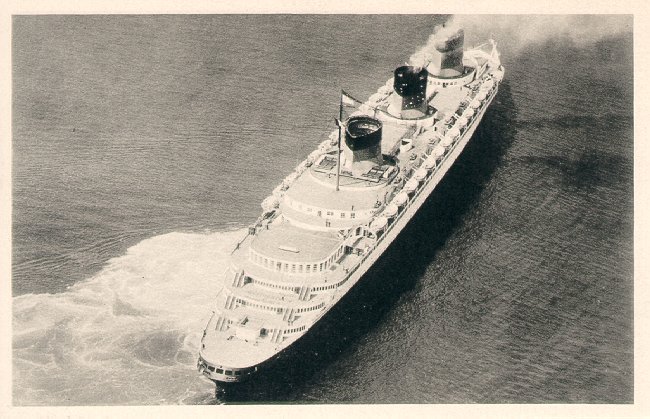 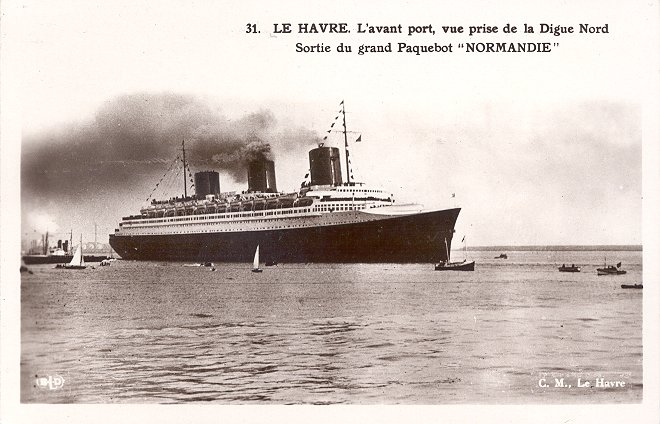 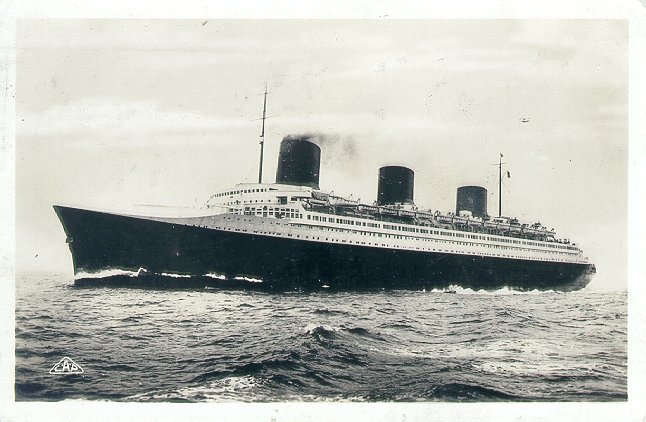 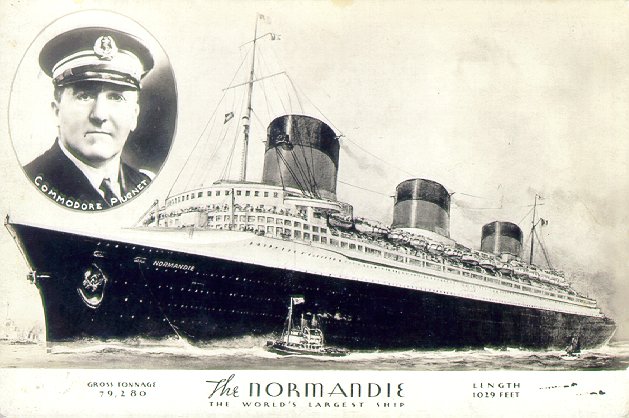 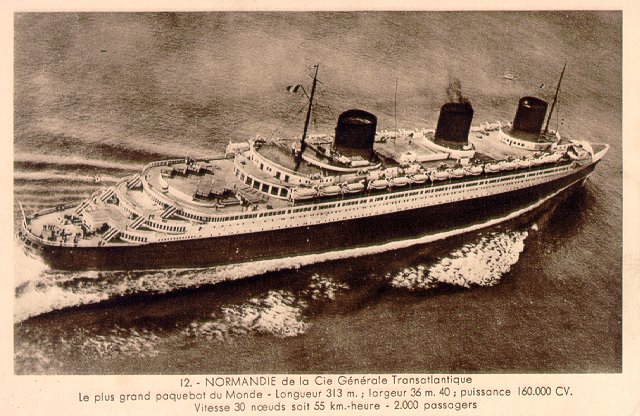 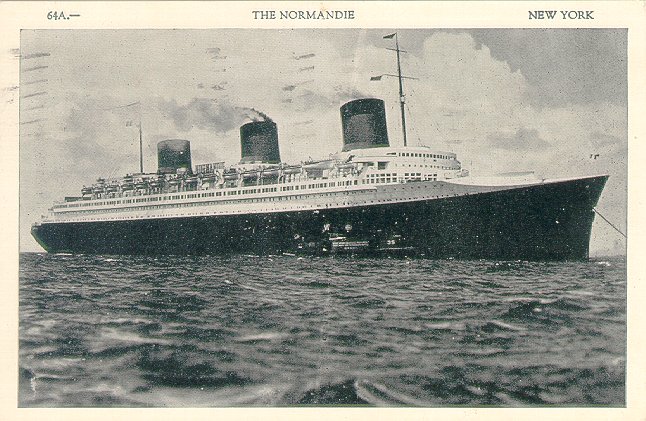 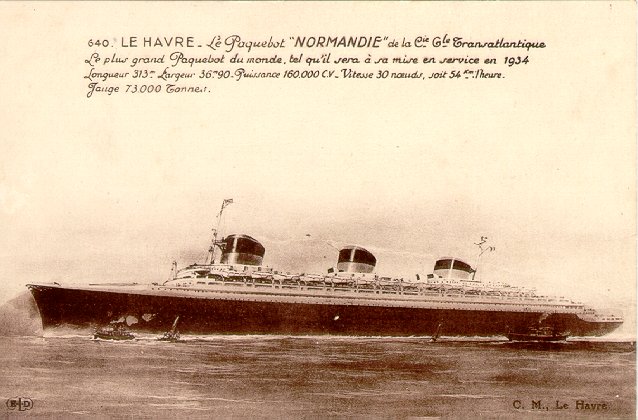 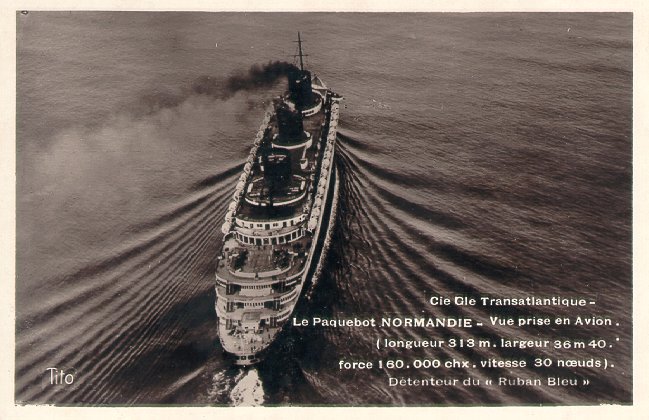 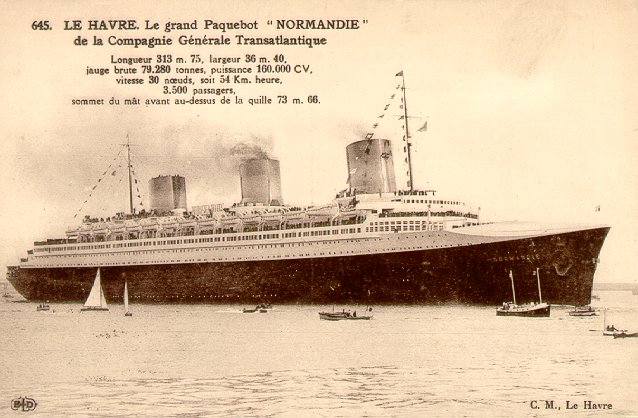 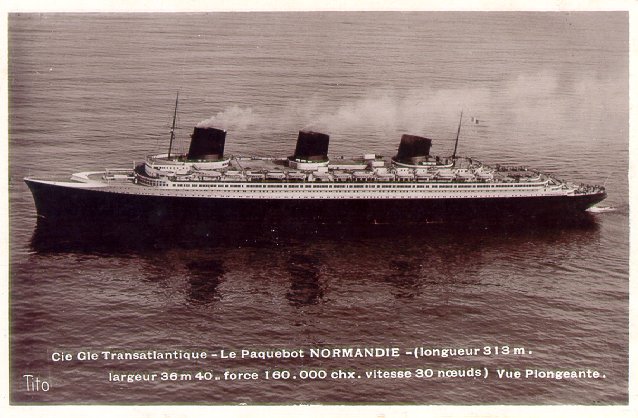 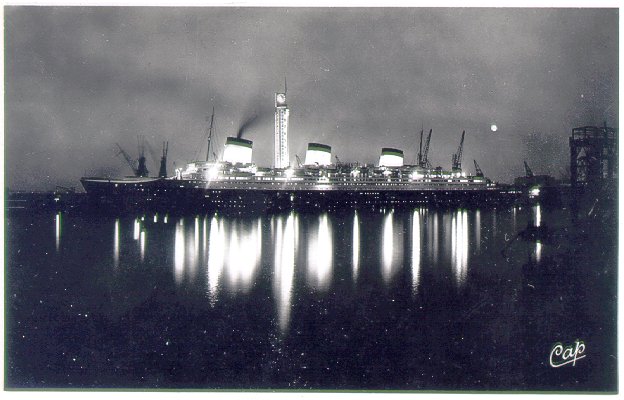 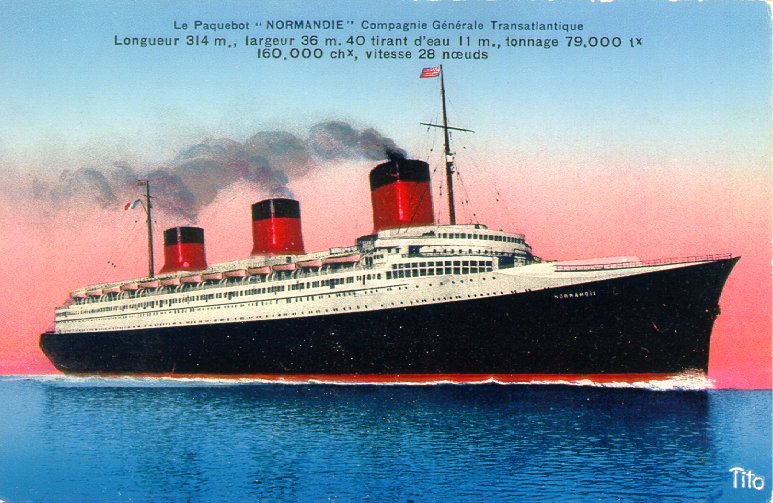 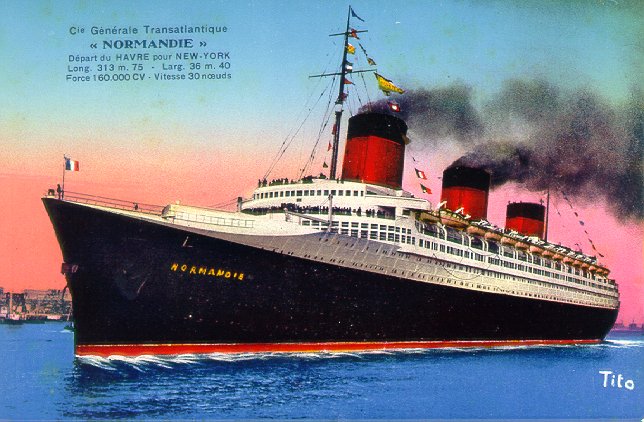 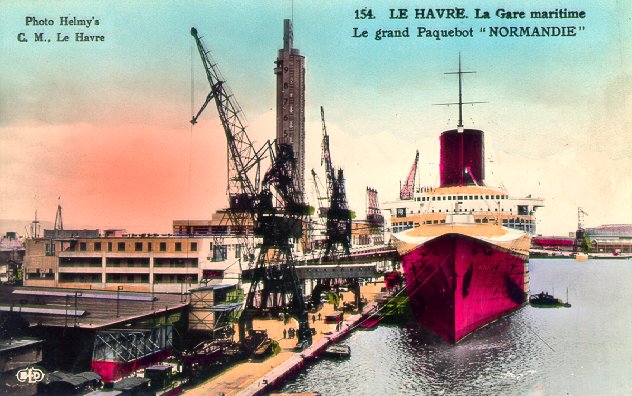 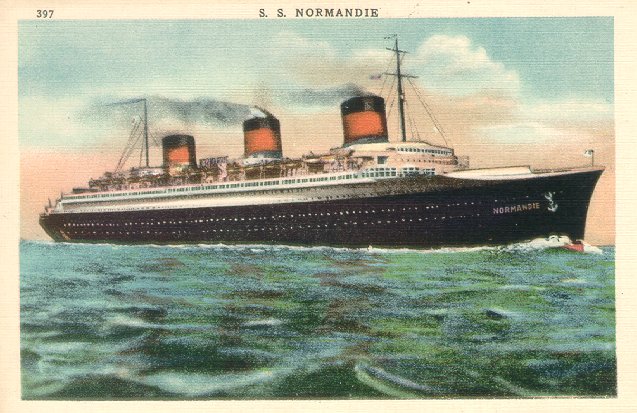 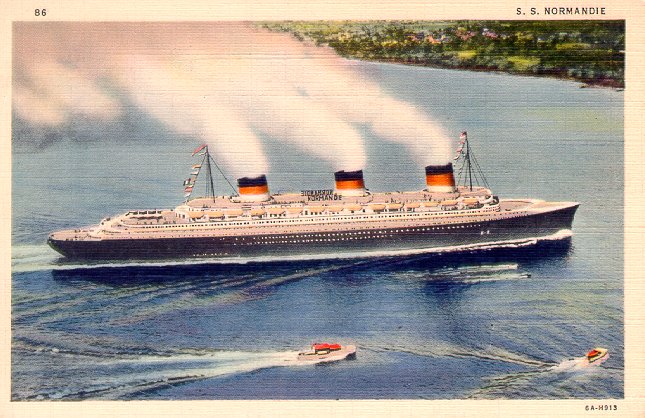 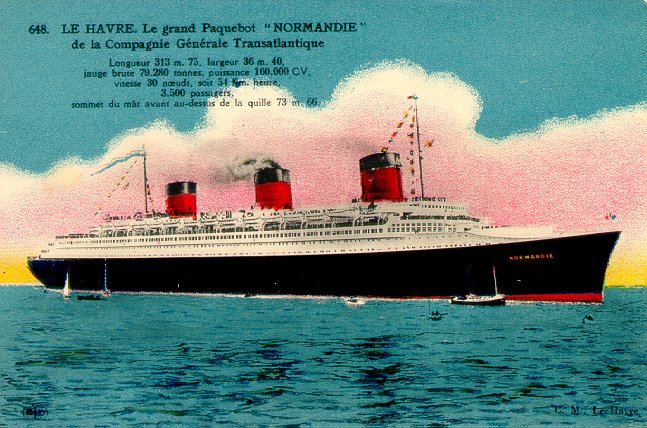 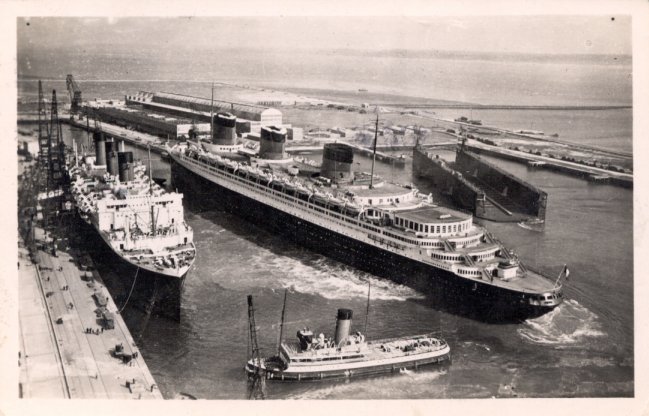