This Parthia, the second Cunarder of that name, was the sister of Media, which also appears on these pages. Unlike Media, Parthia was built by Harland & Wolff, Belfast. She was the only ship Harland & Wolff ever built specifically for Cunard.

Launched in 1947, Parthia made her maiden voyage from Liverpool to New York on 10 April 1948. In 1953, she was fitted with the same Denny-Brown stabilizers which her sister had pioneered a year earlier.

Parthia made her final sailing for Cunard, from Liverpool to New York, on 23 September 1961. She later served as New Zealand Line's Remuera and as Eastern & Australian Line's Aramac. She was scrapped in Taiwan in 1969. 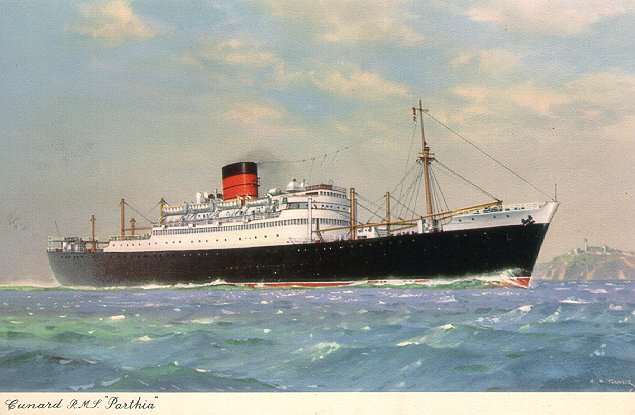 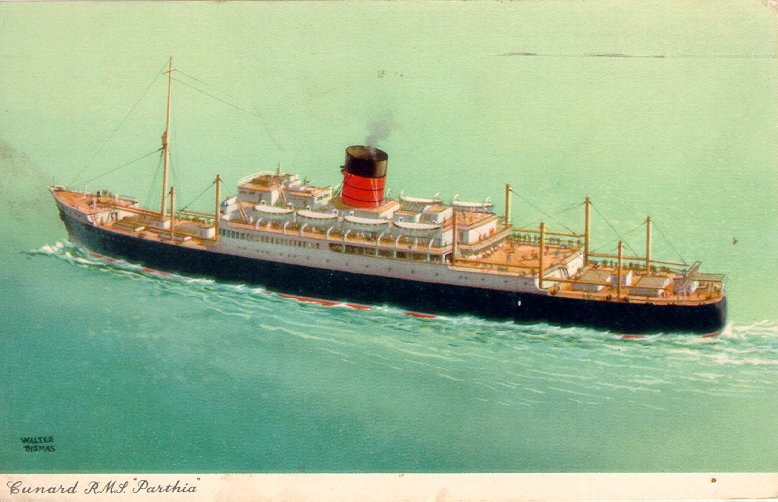