Hapag initially intended to rename the ship Brooklyn but later changed the name to George Washington. After learning that Norddeutscher Lloyd had selected that name for its latest ship, Hapag again renamed her, this time selecting President Grant. Thus, by the time she made her maiden voyage from Hamburg to New York on 14 September 1907, she was already on her fourth name and there were more to come. (Scotian had gone through even more names after she, too, was bought by Hapag. She was named Chicago, Berlin, Boston and Abraham Lincoln before entering service as President Lincoln.)

Interned at New York when World War I began in August 1914, President Grant was seized by the United States when it entered the war in 1917 and used as a troop transport. Renamed President Buchanan and laid up in 1921, the ship was rebuilt in 1923-24 and again renamed, emerging as United States Lines' Republic. (As can be seen be comparing the President Grant card with the Republic cards on this page, she also emerged with only four masts instead of six, and with a bridge that was no longer separated from the rest of the superstructure.) 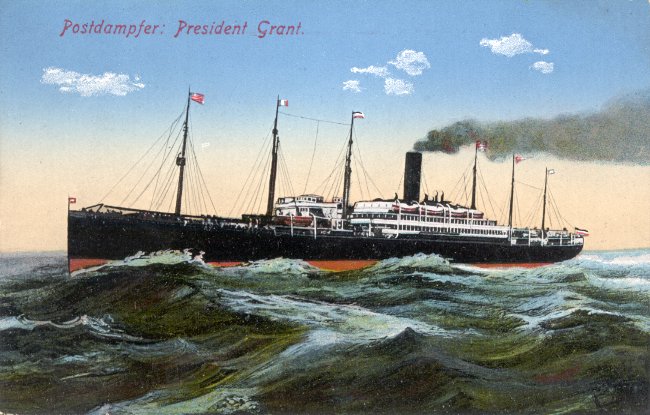 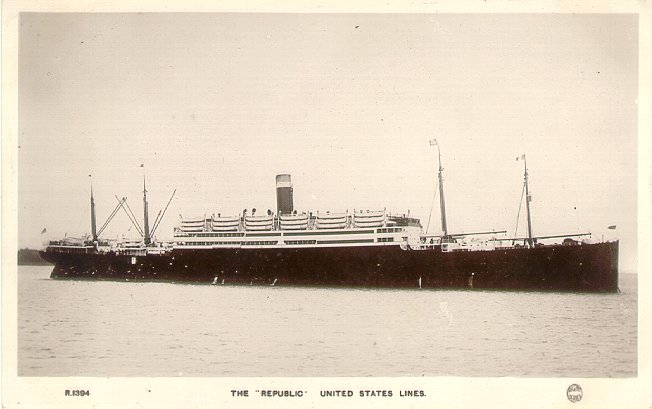 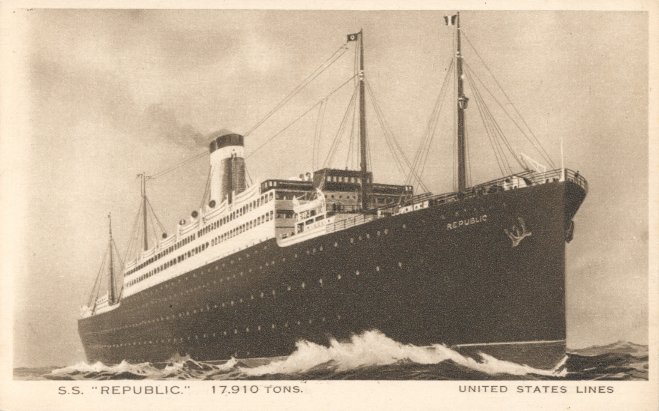 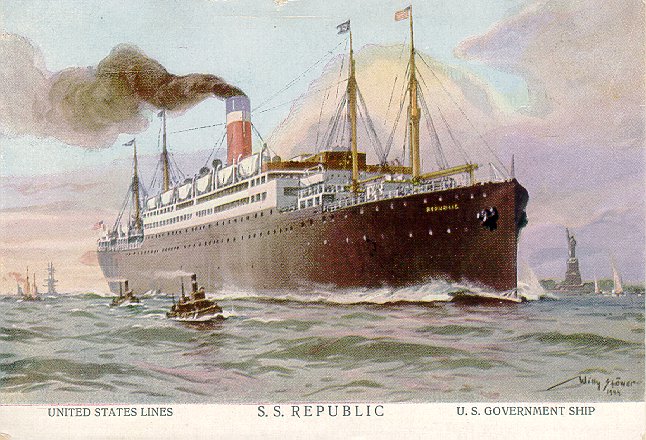