The younger sister of Scythia, Samaria was Cunard's second ship with this name. Launched at Cammell Laird & Co., in 1920, she was the largest ship built on the Mersey up to that time. Her maiden voyage, on 19 April 1922, was from Liverpool to Boston. Later, her route was extended to include a stop in New York after Boston.

Converted into a troopship in 1939, Samaria was returned to Cunard in 1950 and, after a full overhaul, she returned to service in 1951, joining Scythia on the Canadian route. Laid up in December 1955, Samaria was sold for scrap in 1956. 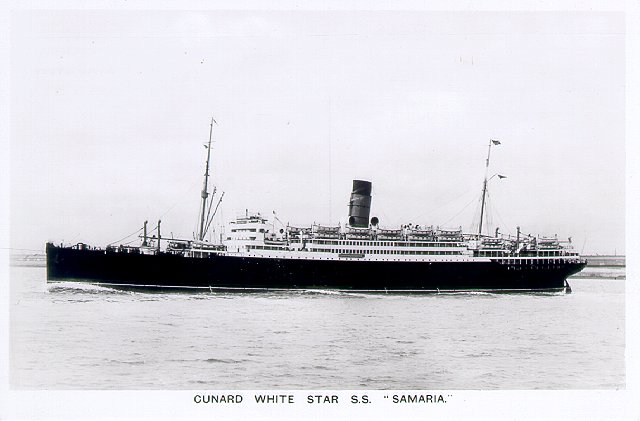 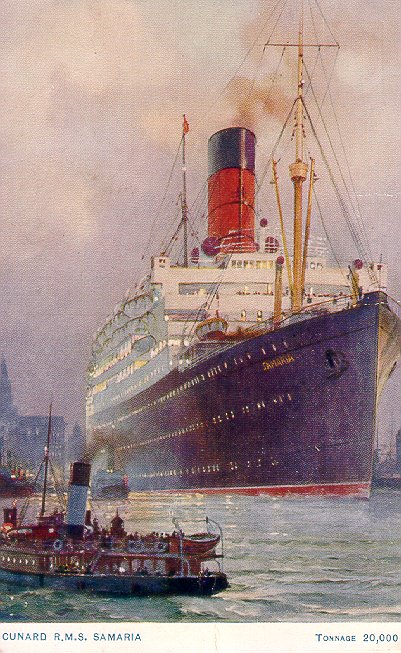 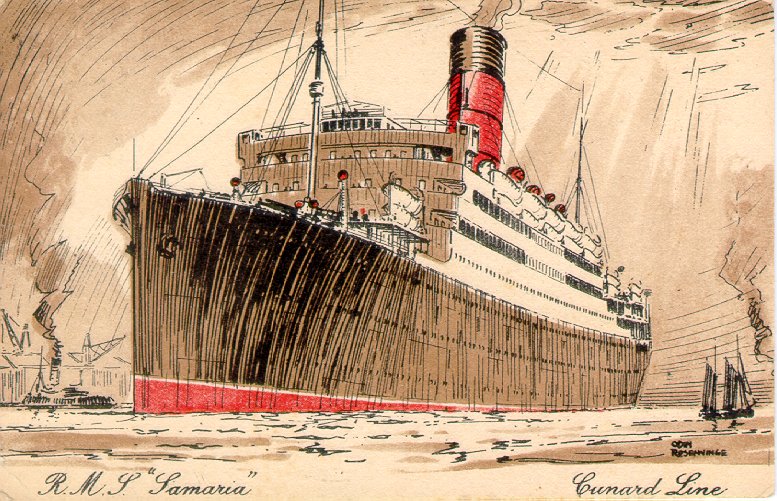 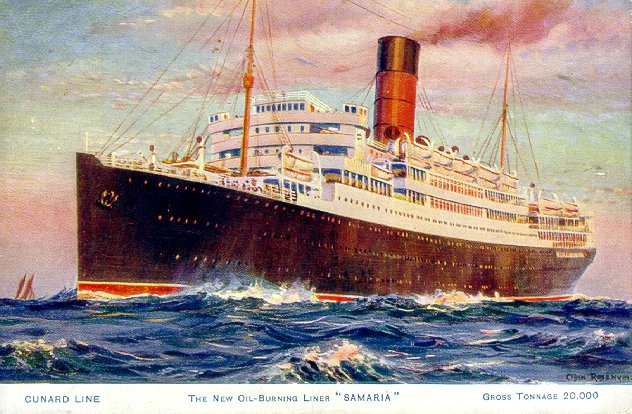