Santos Maru was built for the Osaka Shosen Kaisha by the Mitsubishi Dockyard of Yokahama, the first passenger motor vessel built in Japan. (Her passenger accommodations, though, were quite limited, consisting of 38 first class spaces.)

In November 1925, Santos Maru entered service on OSK's westbound round-the-world service to South Asia, South Africa, the east coast of South America and the Gulf and Pacific coasts of the United States.

Withdrawn from service in April 1940, Santos Maru was converted into a submarine tender in 1941, and later served as a troop transport. She was torpedoed and sunk by the USS Atule in the Sulu Sea on 25 November 1944. 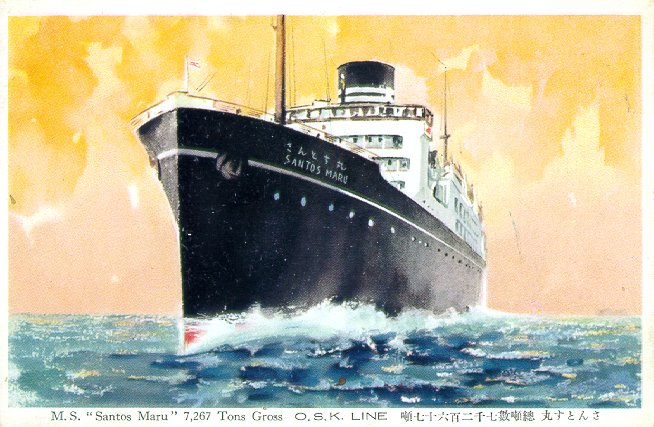