Cunard's second Scythia, this ship was built by Vickers & Co., and was launched in 1920. Her maiden voyage, Liverpool-New York on 20 August 1921, marked the beginning of 18 years of service on that route.

Scythia was converted into a troopship in 1939. After the war she repatriated German prisoners of war and carried German emigrants to Canada under charter by the International Refugee Organisation before being returned to Cunard in 1949.

After a substantial refitting, Scythia returned to Cunard's service in 1950, on the Liverpool-Quebec route. She also sailed from London and Southampton at various times. Scythia was chartered to the Canadian government for service from Rotterdam to Quebec in October 1957. Two months later she was withdrawn from service.

On 1 January 1958, she left Southampton for the shipbreakers. 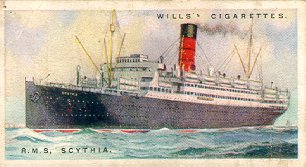 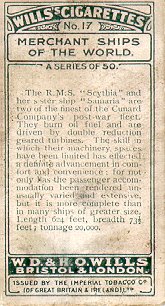 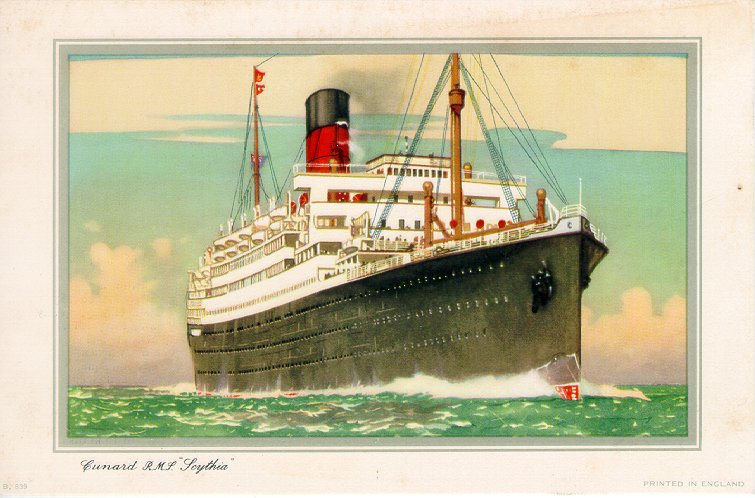 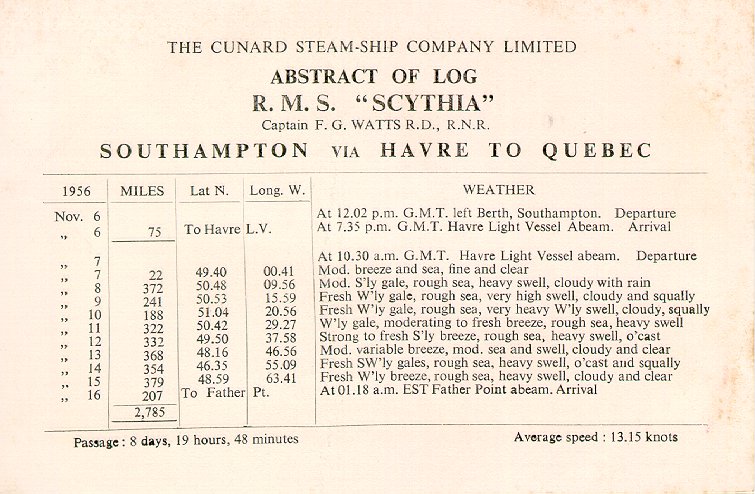 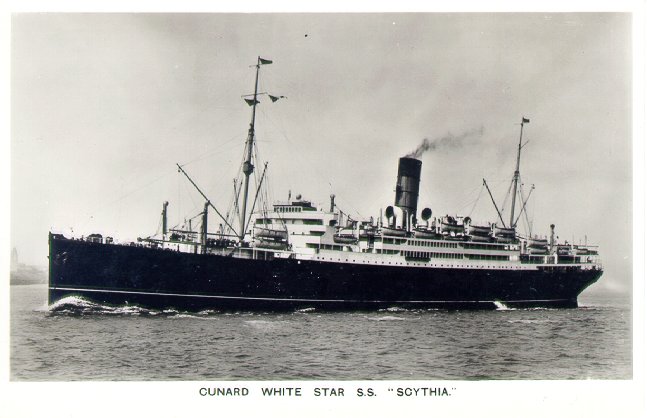 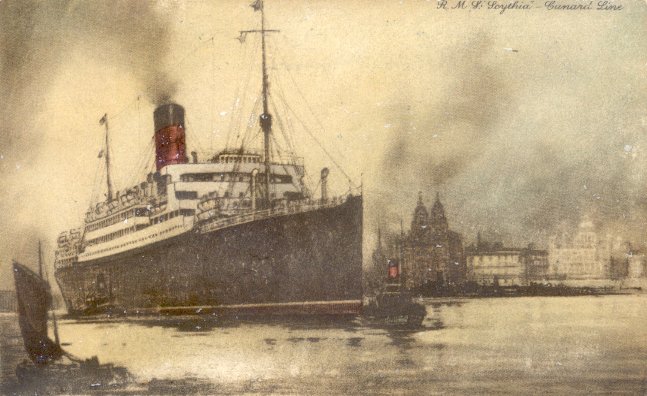 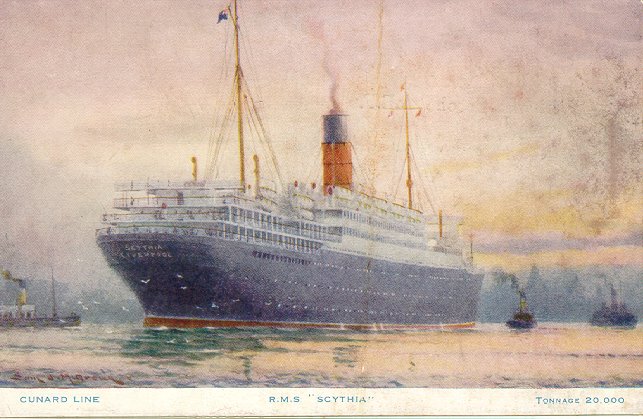 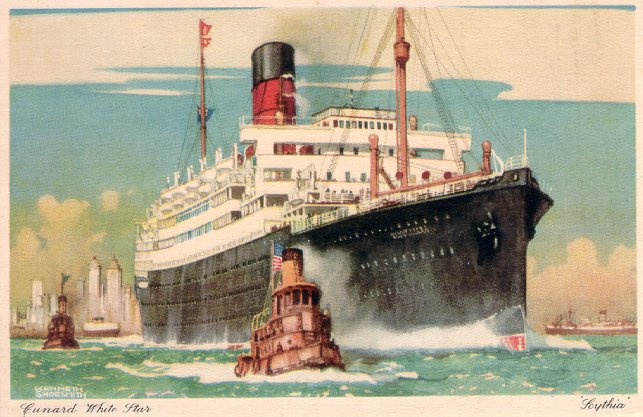 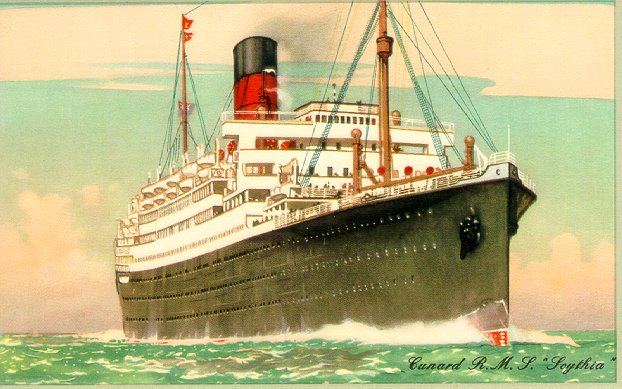