Teutonic, built for White Star by Harland and Wolff of Belfast, was one of the greatest of White Star's fleet. Launched in 1889, she was the line's first twin-screw liner and the first that was not fitted with square-rigged masts for sails. Even before her maiden voyage, she attained considerable attention by representing White Star at the Spithead Naval Review marking Queen Victoria's fiftieth year on the throne. On display there as an armed merchant cruiser, the first passenger ship built specifically for rapid conversion to that role, she was inspected by the Prince of Wales (later Edward VII) and Kaiser Wilhelm II. The Kaiser was so impressed that he was overheard to say "We must have some of these." (Teutonic would repeat this role ten years later, at a Spithead Naval Review celebrating the Queen's Golden Jubilee.)

Three days after the Review, on 7 August 1889, her weaponry had been removed and Teutonic left on her maiden voyage from Liverpool to New York. In service, she captured what would turn out to be White Star's last Blue Riband when she set a westbound crossing record in 1891. (In fact, with a service speed of 19 to 20 knots, Teutonic and her sister Majestic (I) were among the fastest ships White Star would ever own -- only Olympic, Titanic and Majestic II were faster.)

Except for Boer War trooping service, Teutonic remained on the Liverpool-New York route until White Star moved its principal service to Southampton in 1907. Principally due to her speed, Teutonic was placed on the new route, together with Majestic (I), Oceanic (II) and Adriatic (II). She remained on that service until Olympic's arrival in 1911; she was then refitted and placed on the White Star-Dominion service to Canada.

Requisitioned for use as an AMC when World War I began, Teutonic never returned to White Star service. The Admiralty purchased her outright in 1915 and used her as a convoy escort. In 1918, she was taken over by the Shipping Controller as a troopship and placed under White Star's management. She was broken up in 1921. 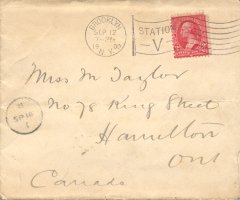 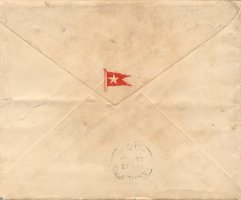 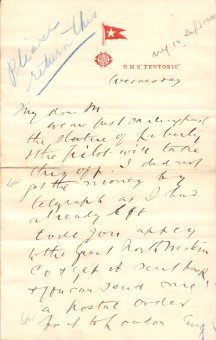 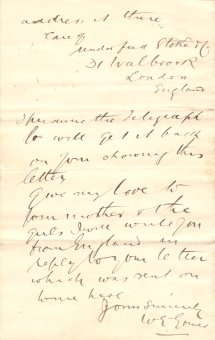 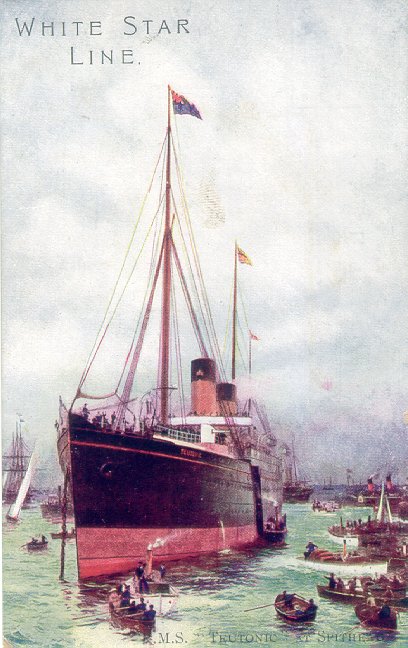 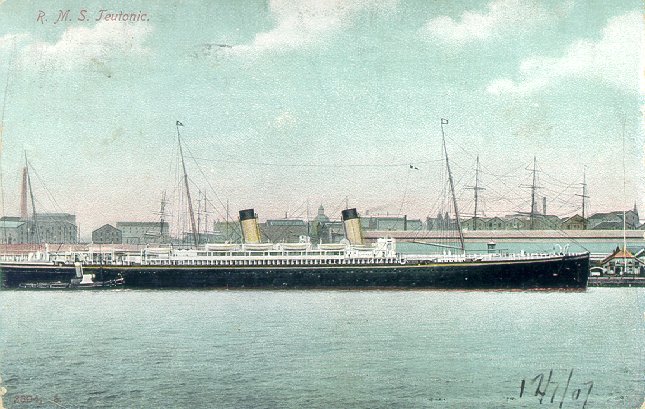 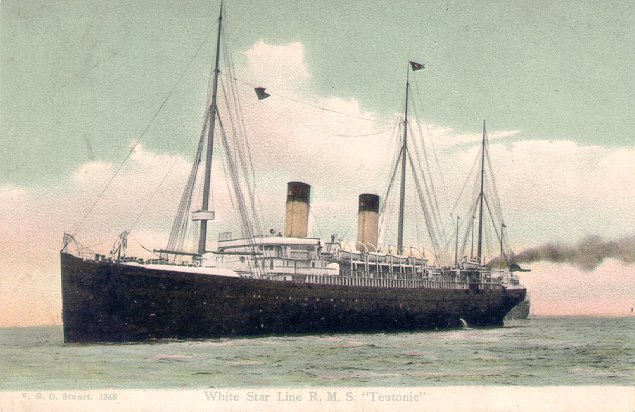 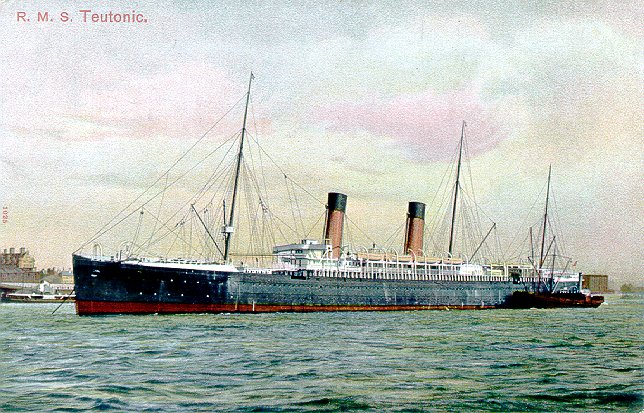 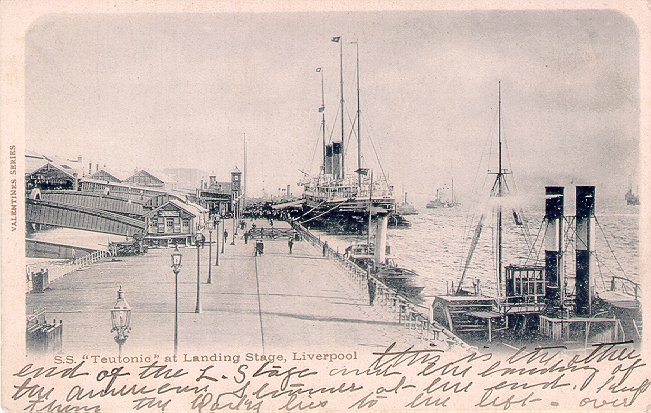 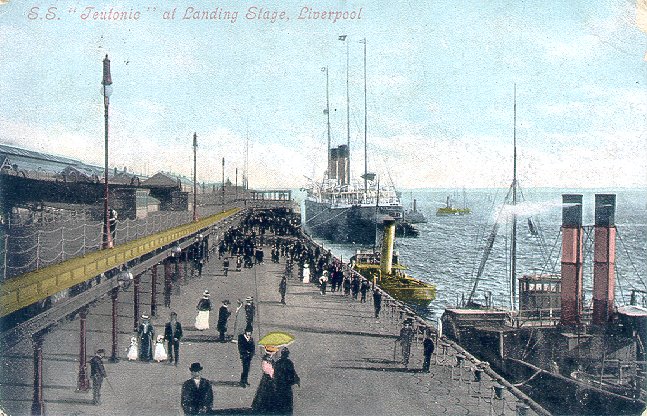 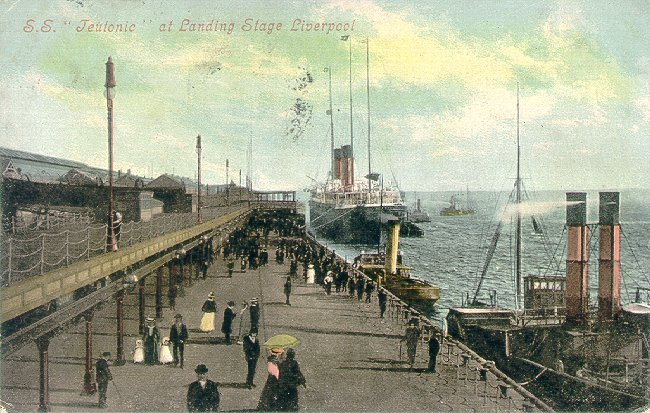 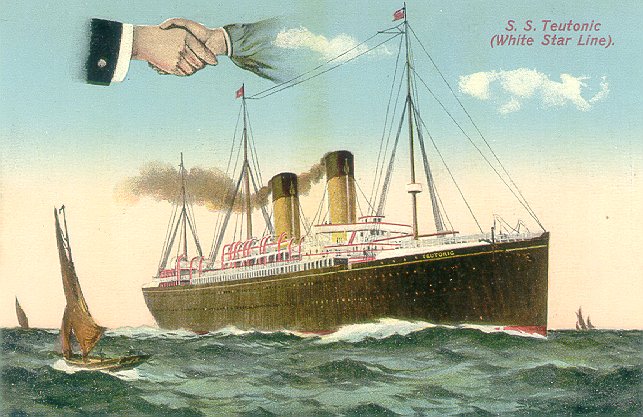 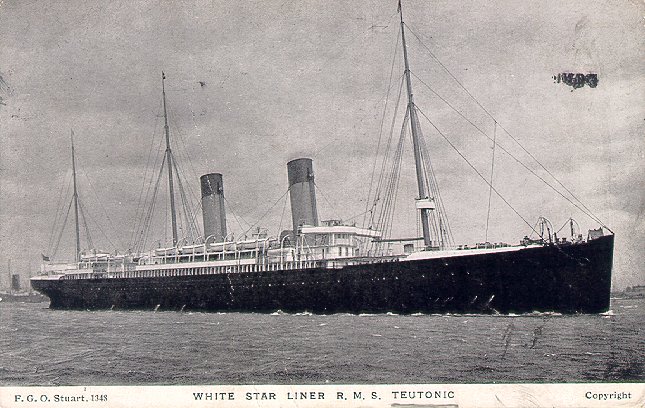 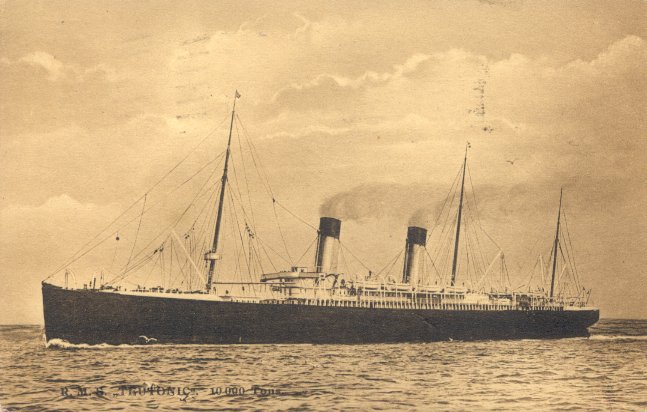 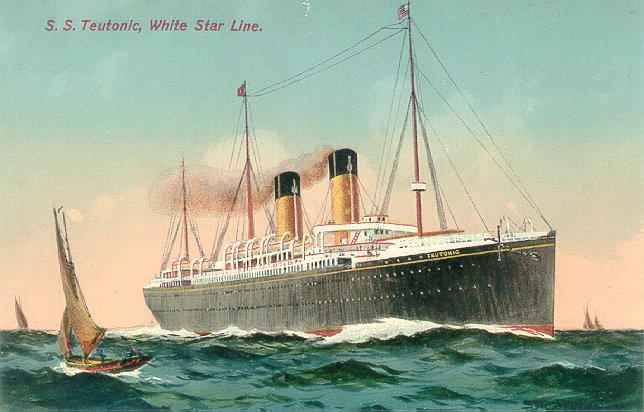