Launched in 1900, the Allan Line's Tunisian was built by Alex Stephen & Son of Glasgow. She took her maiden voyage on 5 April 1900, from Liverpool to Halifax and Portland, Maine. A month later, she made her first trip to Quťbec and Montrťal.

During World War I, Tunisian served first as a prisoner of war accommodation ship at Ryde, Isle of Wight, and then as a troop carrier. In 1917 she passed into Canadian Pacific ownership with the Allan Line itself, and returned to commercial service, serving Canada from Liverpool, London and Glasgow over the next three years.

In 1920, Tunisian was converted to a cabin/third class configuration. Renamed Marburn in 1922, she remained in service until 1927, sailing from Liverpool, Glasgow, Hamburg, Antwerp and London at various times. She made her final transatlantic sailing, from Antwerp to St. John, New Brunswick, in April 1928, and went to the breakers that fall. 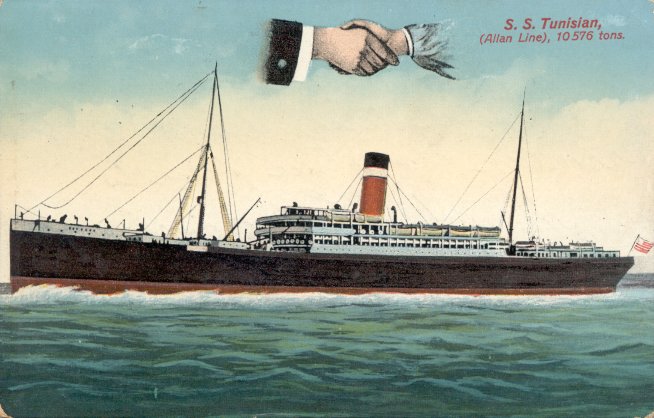 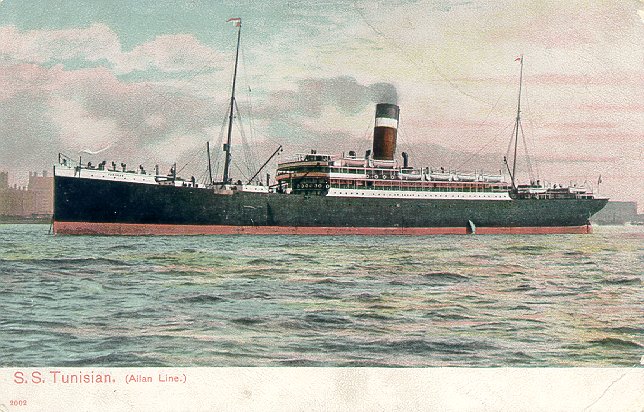